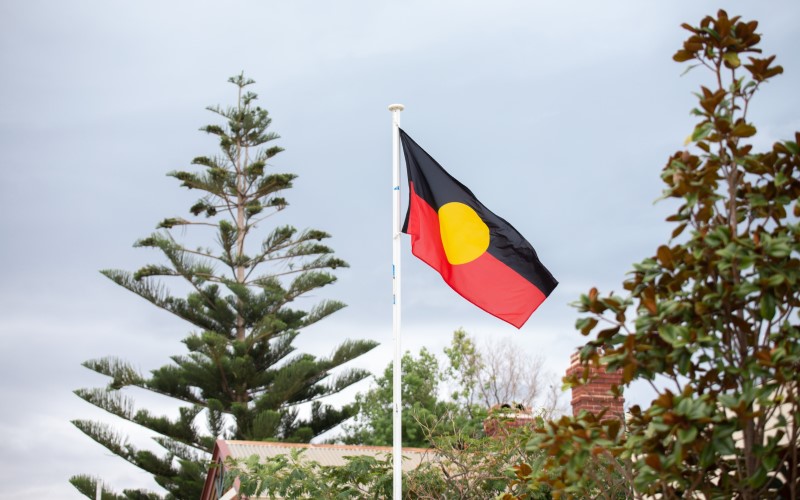 Jump to a speaker

Disclaimer: Please be advised that some voices in these audio recordings may be of deceased Aboriginal people.

Interviewer: Cally Wachla
About: Gail Beck was born in Subiaco and spent much of her childhood in North Perth and Balga. She did not meet her Nyoongar relations until she was thirty. She stayed at John Curtin campus accommodation and completed Nursing training.

After 20 years nursing she became involved in community development and helping local indigenous people in Fremantle.

Interviewer: Cally Wachla
About: Len Collard was born in Pingelly and moved with his large family soon after to Fremantle. He speaks about his family and his memories of school, work experiences and his university studies.

He eventually became a University lecturer and Chair of the Australian Indigenous Studies program at Murdoch University.

Interviewer: Turid Calgaret and Marnie Richardson
About: Tommy Ford moved to Perth at an early age with his parents and remained there for his schooling at East Perth until he left to go to work cutting wires.

Later he toured with a boxing troupe and then moved from town to town, always finding work. Eventually he moved back to Coolbellup with his family.

After eleven years moved to Kalgoorlie for ten years before returning to the Fremantle area.Describes various jobs, changes in Fremantle, what it means to be an elder and thoughts on young people.

Interviewer: Cally Wachla
About: Cindy grew up in the country and lived in Northam. She enjoyed school and playing sport. married at age 18, worked as a teacher's aid. Her husband is an Education Coordinator and she works as a family Support Officer to the local community. Christian and family values.

Interviewer: Cally Wachla
About: Doris Taylor lived in the Midlands areas of New Norcia, Coorow, Arrino and Three Springs before moving to Perth where she met her husband, Robert Hill, from Busselton.

They eventually moved to Fremantle where Robert worked at the Port. Doris completed a degree in Indigenous Health and has worked with welfare, with female youth and with a support agency for the elderly.

Interviewer: Marnie Richardson
About: Patrick Hume was born in Wandering where his father worked on a farm. The family moved about and eventually came to Fremantle, where Patrick went to Beaconsfield School.

Later he worked on the waterfront and then at Mingenew at Eric Smart's farm. He speaks about his meeting with his wife Lorna (nee Mortimer) and her later work with the State Housing Commission, the Aboriginal Housing Board and the Aboriginal Advancement Council. Lorna died in 1995.

Currently Patrick works for the Main Roads Department and is consulted for history of many areas in W.A. General thoughts on life in Fremantle and on indigenous people and the need to rehabilitate drug users and alcoholics.

Interviewer: Cally Wachla
About: Bruce was one of sixteen children and was three years old when, with six siblings, he was placed in a mission. Returned to his mother at age thirteen, he had a wild life until he came to live in Perth and began working as an Aboriginal Education Officer.

Interviewer: Cally Wachla
About: Barry McGuire was born in Kellerberrin in 1967 and moved with his family to Perth at age 11. He began studying and working with aboriginal men on various health issues and then studied graphic art at Mt Lawley TAFE. He is currently employed by the Arts Foundation of Western Australia where he helps local indigenous artists to establish themselves.

Interviewer: Cally Wachla
About: Noel Morrison was born 4th January 1944, on Carrolup Mission (now Marribank), one of a family of nine children and with 11 half brothers and sisters.

After leaving school in Katanning at age 14, he lived in Carramar where he met his wife, Elizabeth. They had five children. After working with Telstra and other companies, Noel and Elizabeth concentrated on furthering their education and helping their community.

Interviewer: Turid Calgaret
About: Noel Nannup was born in Geraldton in 1948: memories of school and first jobs; shearing, CBH and a tin mine. Breakup of parent's marriage. Married and lived in Geraldton and then worked with National Parks for 25 years.

Interviewer: Turid Calgaret
About: Clarence Ryan was born in Cue where he grew up and spent most of his working life on stations and railways before moving to the Fremantle area. He was employed at a steel engineering company and has lived in Fremantle for about thirty years.