The index combines data from 12 different sources at key attractions in Fremantle. The operators of the attractions share their visitor data with the City each month, it is averaged and compared against the baseline index of ‘100’ in July 2015.

Data from each attraction remains confidential. The data sources are:

Additional data sources can be added to the index as they become available. 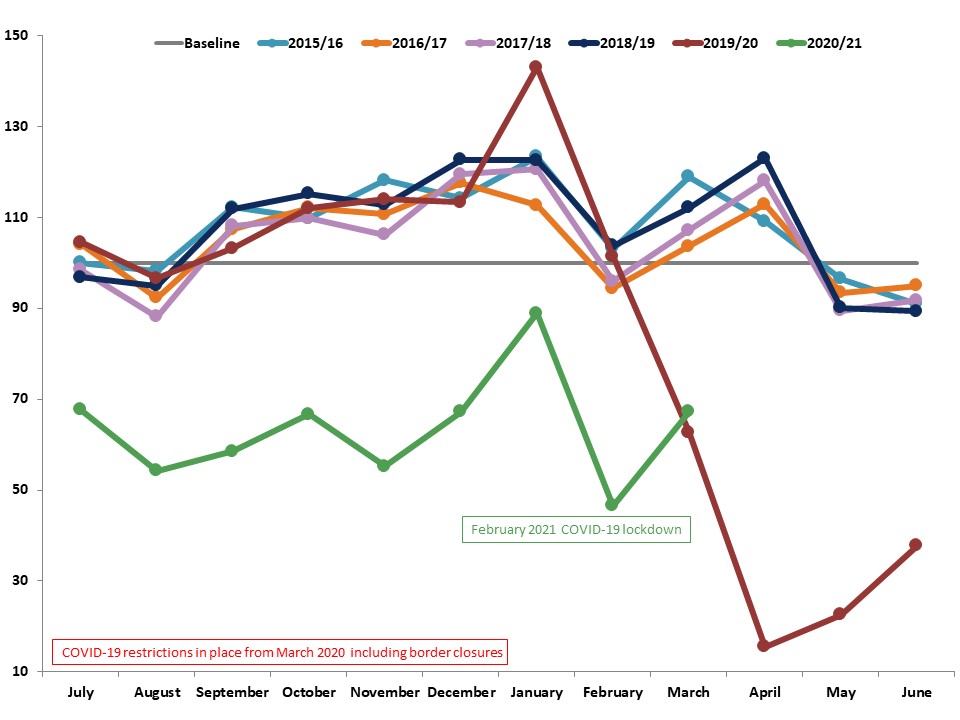 COVID-19 restrictions commenced on 23 March 2020 and were progressively eased throughout the year.

How to interpret this graph

The graph above shows the visitor trend from July 2015, which is used as the benchmark month (i.e. 100). This means that a visitor score of 116.6 in November 2015 is a 16.6% increase in overall visitor numbers to Fremantle compared to the baseline month of July 2015.

The data from the WiFi based system was used in this index from July 2016 - July 2017 until is was discontinued.