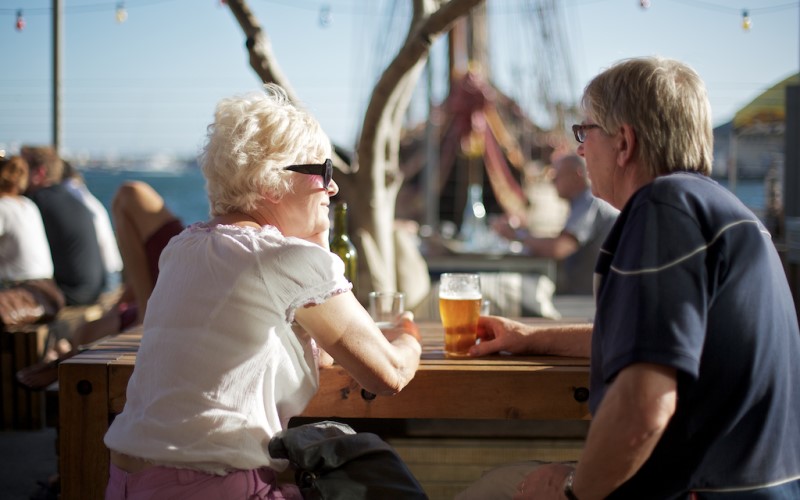 Liquor licences are issued by Racing Gaming and Liquor (Department of Local Government, Sport and Cultural Industries). In determining an application Racing, Gaming and Liquor require a “Section 40 Certificate” from the City's planning department which confirms the planning/ zoning of the area is compatible with the type of liquor licence being applied for.

Racing, Gaming and Liquor will also require a “Section 39 Certificate” from the City's Environmental Health section to confirm that the building complies with the requirements of the Health Act. The ultimate decision on the issuing of a liquor licence is that of Racing, Gaming and Liquor, based on the information provided in the application to them.

Jump to a section section

The role of local government

The City of Fremantle's Local Planning Scheme is an important tool that, along with the Liquor Control Act, shapes the community's liquor environment.

An application for a liquor licence can't be approved by the Racing, Gaming and Liquor if local government planning and health approval has not been granted.

A liquor licence applicant is required to obtain a Section 40 certificate from the City of Fremantle's Planning department demonstrating compliance with:

A liquor licence applicant is required to obtain a Section 39 certificate from the City of Fremantle's Environmental Health department demonstrating compliance with:

To demonstrate compliance with these laws it is recommended that the applicant submits a copy of their House Policy, Code of Conduct and Management Plan to the City of Fremantle's Environmental Health department. It may be necessary to submit a report prepared by an acoustic engineer that demonstrates compliance with maximum noise levels permitted under the Environmental Protection (Noise) Regulations.

Section 39 and 40 certificates apply to:

The state government regulatory body that issues liquor licences and carries out inspections of premises to ensure compliance and responsible service of alcohol. RGL’s primary aim is to promote and maintain the integrity of lawful racing, gambling and liquor activities in Western Australia.

Western Australia's liquor laws are defined in the Liquor Control Act 1988, which regulates the sale, supply and consumption of liquor, the use of premises on which liquor is sold, and the services and facilities provided in conjunction with the sale of liquor.

For more information on RGL’s role, visit the Racing, Gaming and Liquor website.

The Fremantle Liquor Accord was launched in March 1996 as a key strategy of the City’s Crime prevention plan to address alcohol related crime. It comprises the Western Australian Police Service, local licensees, Racing, Gaming and Liquor, Local Government and other relevant agencies.

The Fremantle Accord 2017 provides information about proactive measures that continue to be implemented to reduce alcohol-related disruption, damage and harm in Fremantle.

The aim of this liquor accord is to:

Racing, Gaming and Liquor is able to approve different categories of liquor licenses in Western Australia. Each licensed category varies in permitted trading hours and the manner in which liquor can be sold and supplied.

For an explanation on each type of liquor licence please visit the RGL's website or contact the RGL by phone 08 9425 1888 or email rgl@dlgsc.wa.gov.au.

Applying for a liquor licence

If you want to apply for a liquor licence, the City of Fremantle recommends you obtain a "Liquor application kit" from Racing, Gaming and Liquor.

Section 117 of the Liquor Control Act 1988 (the Act) provides for a complaint to be lodged against a licensee if the noise coming from, or the behaviour of patrons at, a licensed premises is affecting the people residing in or attending premises such as a school or hospital in the neighbourhood.

To lodge a complaint to Racing, Gaming and Liquor in relation to the activities at a licensed premises please refer to the fact sheet on the RGL's website titled 'complaints related to licensed premise'. The section 117 complaint form is attached to this fact sheet.

A strategic objective of the City of Fremantle is to promote and encourage small business including small bars.

Under a small bar licence, the licensee is authorised to sell and supply liquor for consumption on the licensed premises only. The maximum capacity of a small bar is 120 persons at any one time. It may be less than 120 patrons if floor area, exits or toilet facilities are limited.

If you wish to open a small bar in the City of Fremantle, you will need to consult with the City’s planning department to determine if a small bar is an approved land use under the Local Planning Scheme.

To lodge your liquor licence application, you must complete and submit a "Notice of application for licence" form to Racing, Gaming and Liquor. This form can be found within the application kit for a hotel, hotel restricted, tavern or small bar licence.

On 28 August 2013, the Council of the City of Fremantle endorsed a number of principles to guide the future management of alcohol related issues across the City. These principles were developed to shift the focus of community and leisure activities away from alcohol consumption; to reduce the various harms associated with excessive alcohol use; and to promote a culturally diverse and unique inner City environment.

Among the adopted principles is a clear support for small and low risk licensed premises as opposed to large traditional drinking establishments. The City has specifically identified both restaurants and small bars as the type of licensed premises that better align with the City’s strategic direction with regard to alcohol management and economic development.