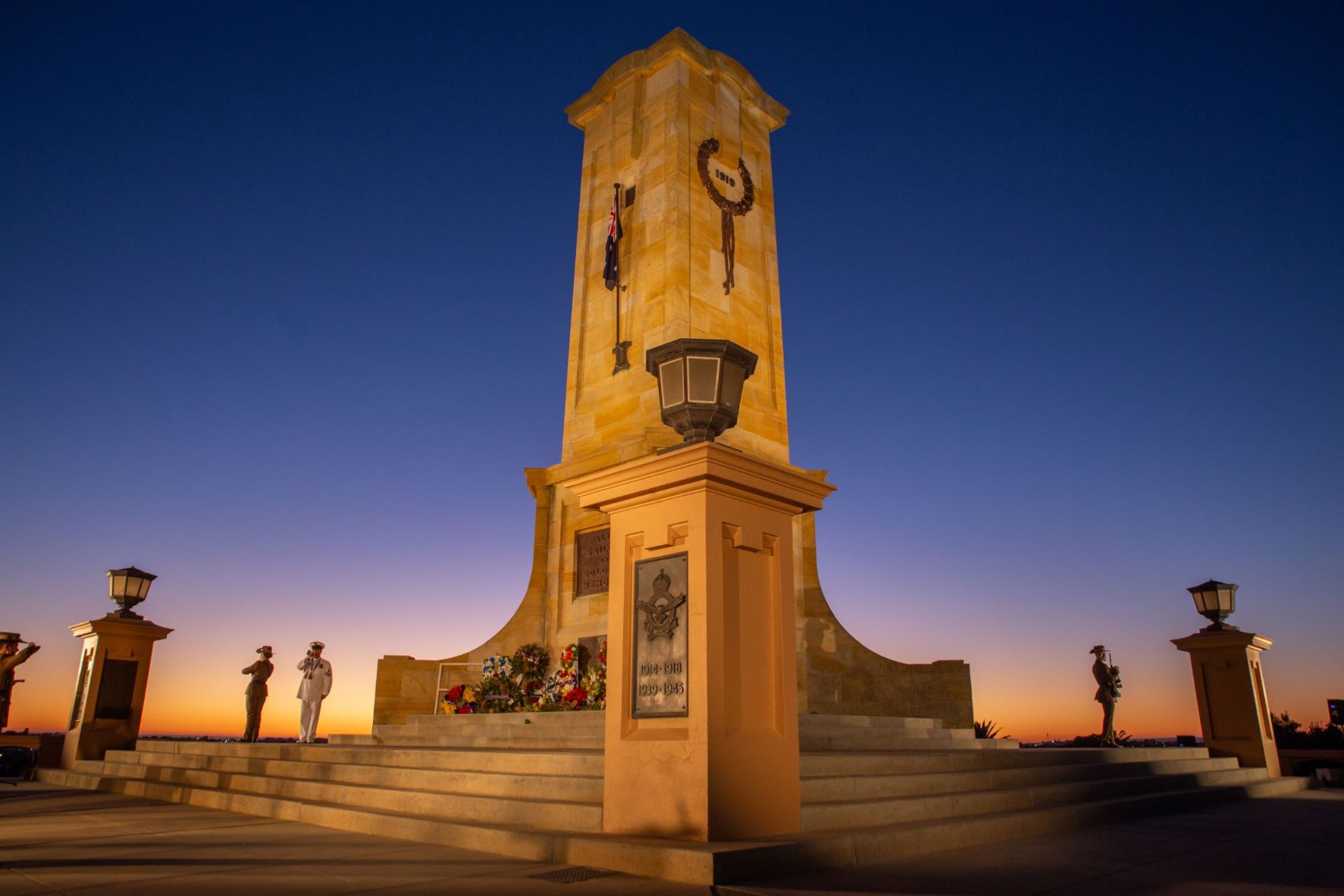 Fremantle is a unique location to honour Anzac Day as it was the last Australian experience many soldiers and sailors had before departing our shores to join the war effort overseas.

Anzac Day will commence with a traditional silent Anzac Day Dawn service at the Fremantle War Memorial, home to the plaques honouring the 849 Fremantle servicemen and women who failed to return from WW1. The Fallen Soldier War Memorial in North Fremantle will hold a community service following the Dawn service. The morning commemorations will conclude with the traditional Anzac Day March through the streets of Fremantle finishing at Walyalup Koort.

To watch the live stream, visit the City of Fremantle's What's On page here.

Any organisations or individuals who wish to lay a wreath during the ceremony are asked to register with the City of Fremantle by Tuesday 19 April via events@fremantle.wa.gov.au

Commencing at 9am at the Fallen Soldier Memorial, corner of Queen Victoria Street and Harvest Road. Gather around Fremantle's first war memorial for the service hosted by the Bicton/Palmyra RSL Sub-Branch.

Commencing at 10.15am, the Anzac Day march will commence fall out from Pioneer Park, continue down Market Street through Henderson St Mall and William Street and conclude at Walyalup Koort.

Make your Mark in our Poppy Installation - Walyalup Koort

Imagine a sea of poppies, sprawling across the grass slope of Walyalup Koort! Join us with artist, Michael Alvares, who will be crafting recycled bottles into 400 of these symbolic flowers with the help of our community.

Take part in a workshop from 9.30am - 11.30am and make your own poppy which can join the spinning display on the grass to form a unique Anzac Day display.

City of Fremantle businesses will have special offers on the morning of Anzac Day. See offers below.

Transperth is offering free travel on public transport for anyone wearing military uniform or medals. Additional early train services will depart Perth Station to allow for travel to the Dawn Service. A connecting shuttle bus to Monument Hill will depart from Fremantle Station, with return shuttles back to Fremantle Station after the Dawn Service.
For journey planning or more information on public transport services, call the Transperth InfoLine on 13 62 13 or visit the Transperth website.

City of Fremantle carpark locations can be found here. Overflow parking will be provided for the Dawn service at John Curtin College of the Arts. All vehicles that park here must be removed by 11.30am, when access gates will be closed.

A shuttle bus will be in operation for the public from 5.00am for those attending the Dawn service. This shuttle bus will have collection/drop-off points at Beach Street Carpark (carpark 12a and 12b) and John Curtin College carpark.