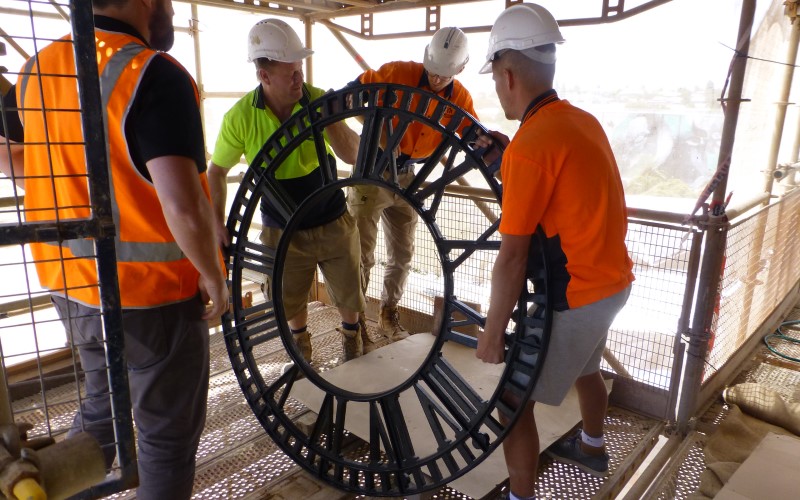 The City owns or has vested authority over 37 heritage buildings, and seeks to conserve, manage and maintain them so that they can be used, celebrated and understood by both current and future generations.

Conservation Plans have been prepared for most City-owned buildings and sites. These guide maintenance and improvement works, and in recent years have guided improvements to:

Fremantle Town Hall in its original state did not have any paint or similar external treatments; In fact buildings of this era (Victorian) are composed of stucco render that ‘breathes’ as a way of expelling accumulated moisture. Unfortunately, not much was known about this when the Town Hall was painted in the 1920s and the building had been slowly ‘suffocating’ since this time.  The exterior paint has contributed to:

In 2016–17, the City, with the support of the Heritage Council of WA, undertook $2.8m in staged conservation works. This involved removal of the exterior paintwork to restore the original appearance of the Town Hall, as it would have looked in the 19th Century. The City undertook staged conservation works on one of Fremantle’s oldest heritage buildings, the 160 year old Fremantle Boys’ School, between 2015 and 2017.

The works gave the building a new lease of life, with various local community arts organisations including DADAA, the Fremantle Foundation and PianoEasy.