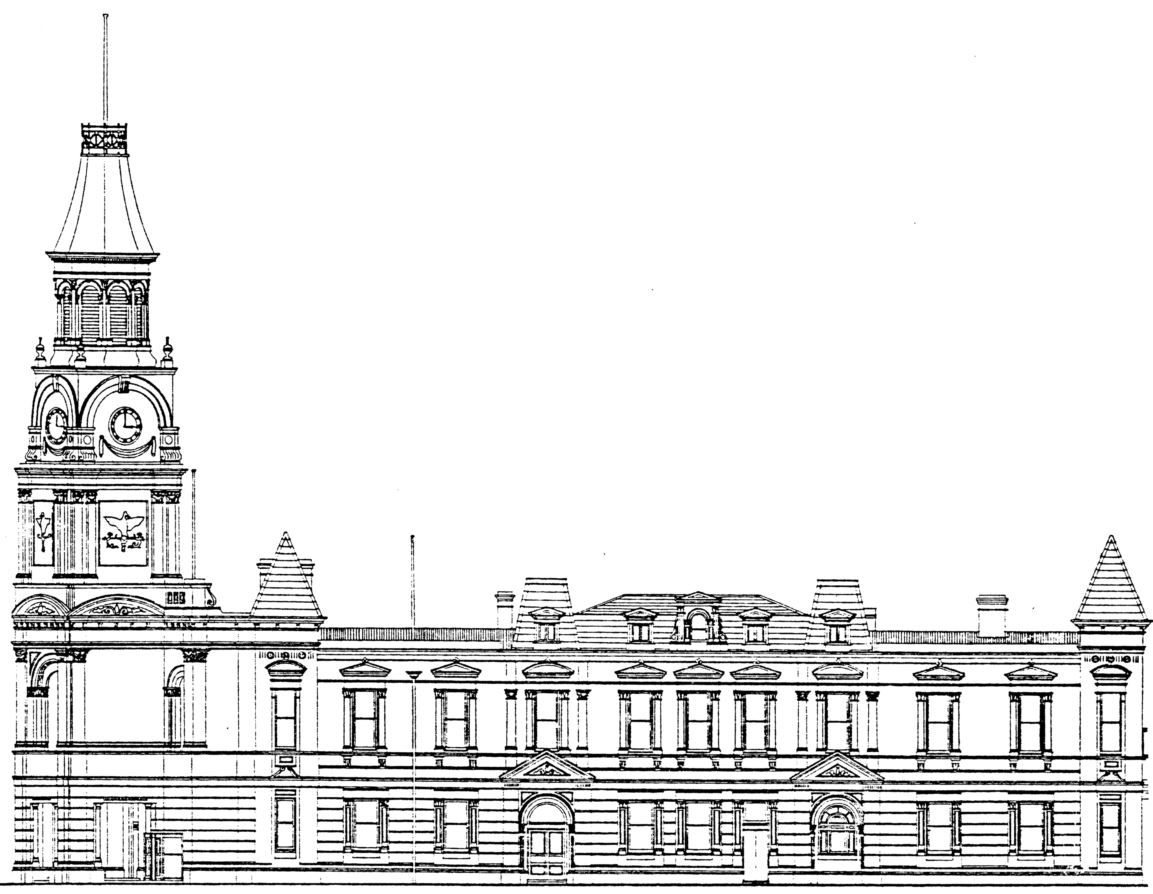 The City takes the heritage conservation of its buildings very seriously and is committed to maintaining these important buildings for future generations to enjoy.

Fremantle Town Hall in its original state did not have any paint or similar external treatments, In fact buildings of this era (Victorian) are composed of stucco render that ‘breathes’ as a way of expelling accumulated moisture. Unfortunately, not much was known about this when the Town Hall was painted in from the 1920s through to the 1960s and the building has been slowly ‘suffocating’ since this time.

The City is doing something about this and is now in the process of removing the paint and restoring the Town Hall via a $2.8m staged restoration project.

What you’ll see is the original appearance of the Town Hall – the way it was always intended to look and the way Freo locals would have seen it in the 19th century as they passed by on horse and cart.

The primary reason why this paint coating is being removed is because it is contributing to the deterioration of the building. The paint is sealing the external face of the walls, preventing them from breathing naturally and leading to an accumulation of moisture and salt which is causing the following problems:

The paint coating is also being removed for aesthetic reasons because it has obscured the fine decorative detail and because the uniformity of the finish has robbed the building of its authentic colour and texture, and consequently its distinctive patina and character. 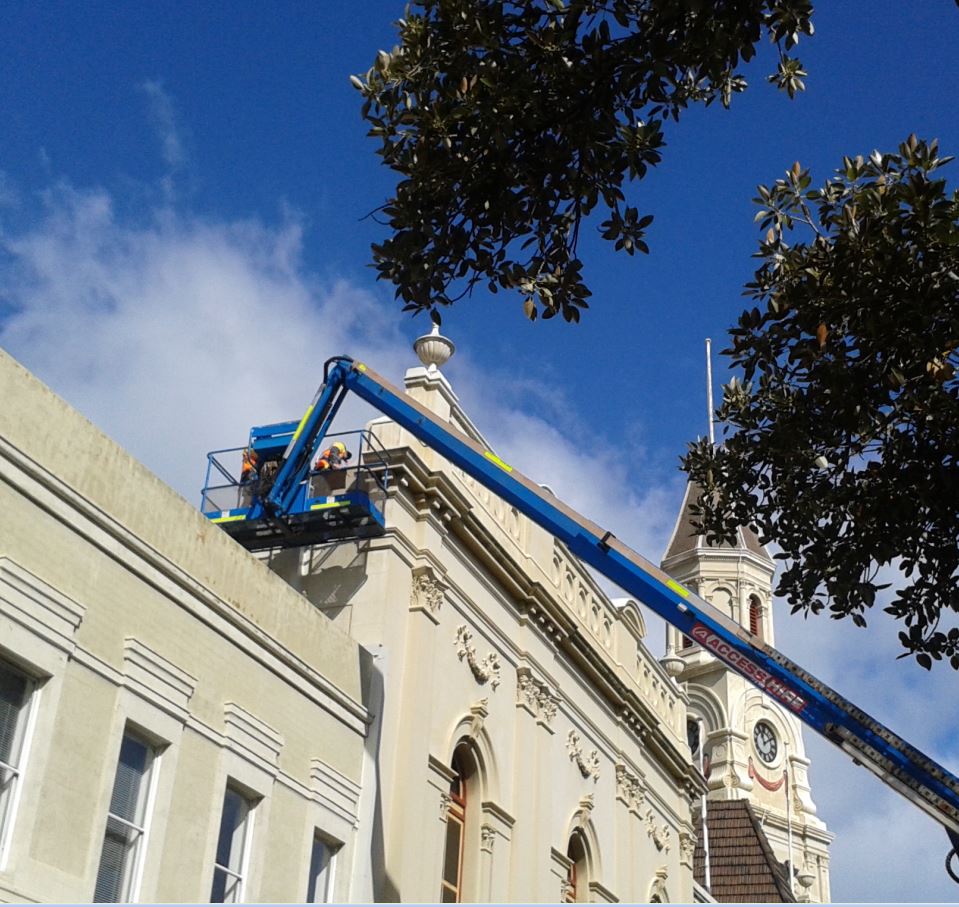 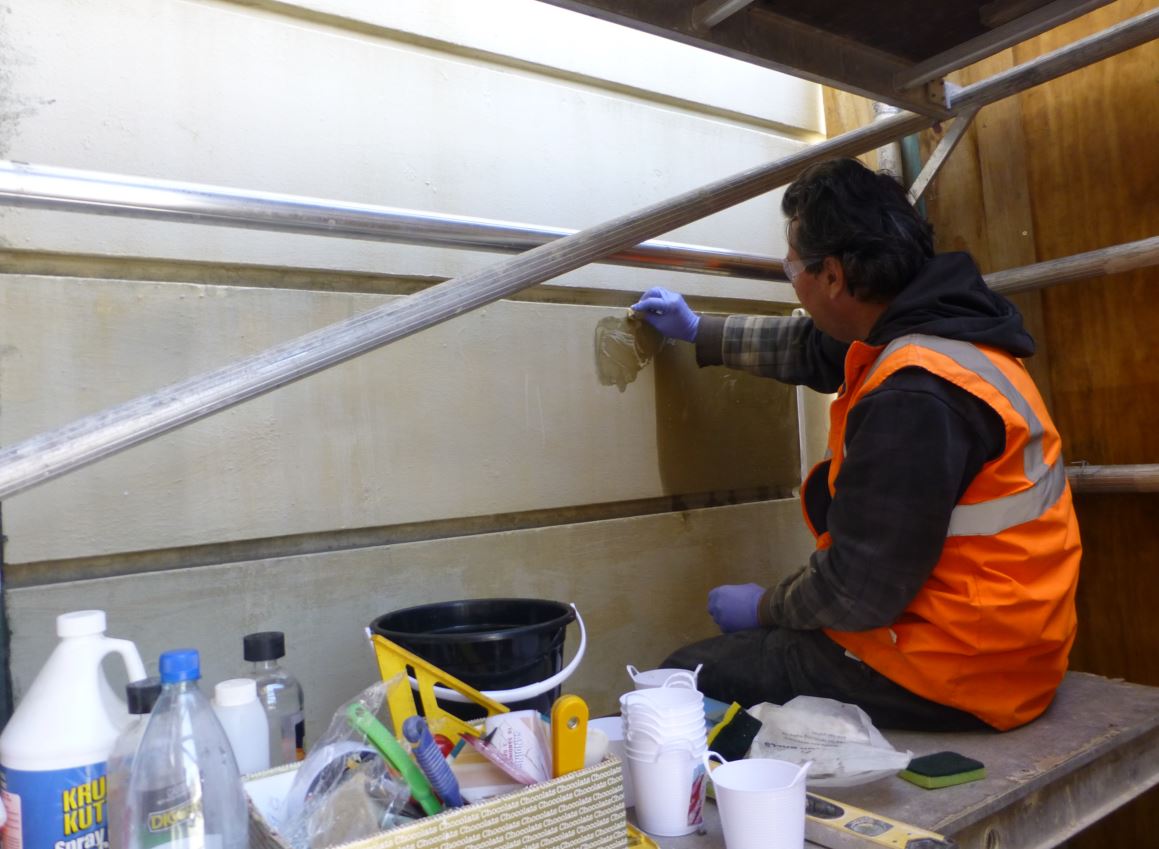 Following detailed analysis it was confirmed that the Fremantle Arts Centre roof was in need of urgent replacement to ensure it remained watertight.

It was determined that replacing the existing deteriorated asbestos roof sheeting and ‘slates’ with galvanised corrugated iron sheeting would not only ensure it was watertight, but would also protect and respect the cultural significance of the building. The replacement of the existing asbestos roofing was also necessary for public health reasons, which also prevent the use of new asbestos slates as a method of reconstruction.

The use of galvanised corrugated iron sheeting was in keeping with the early practice of its use on buildings at the arts centre, where it was used to provide additional water tightness to timber shingled roofs. The new roof sheeting will have minimal impact on the existing timber structure over time will oxidise to reveal a duller matte finish.

Traditional techniques and materials are always preferred for the conservation of heritage buildings. In this case, the chosen traditional material has a predictable lifespan and closely matches one of the materials that has been used on the building in the past. It is sympathetic to the building and carries a low risk of future premature failure, whereas, by contrast, the use of materials manufactured to replicate the look of timber shingles not only contradicts the articles of the Burra Charter but also their lifespan is much less certain.

It is considered that the predicted overall benefits to the entire complex of using galvanised iron roof sheeting will substantially outweigh any perceived loss of heritage values. 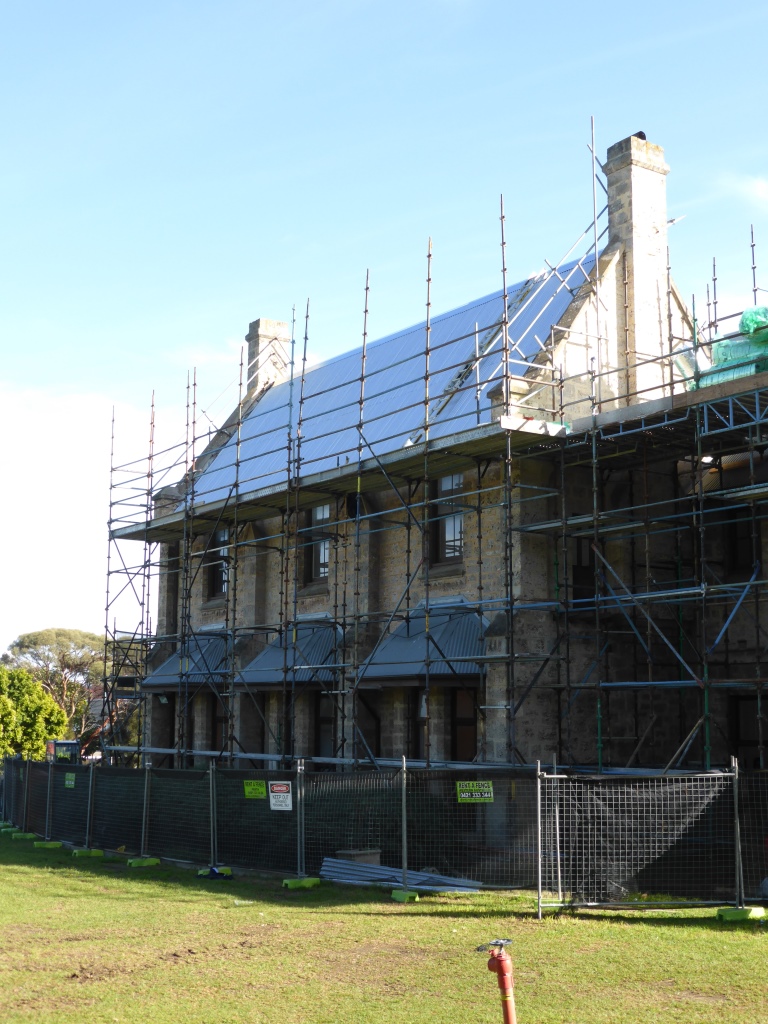 Since early 2015 the City has been conducting conservation works at one of Fremantle’s oldest heritage buildings, the 160 year old Fremantle Boys’ School.

Stage one and two works are complete with the final stage due for completion in mid 2016.

Stage 1 and 2 works were focused on replacing the roof cladding and included:

Stage 3 works will target rising damp, masonry wall conservation, electrical and structural compliance work. At the completion of these works the building will be ready for occupation.

All work has been done in full consultation and collaboration with the City’s Heritage Coordinator and follows the guidelines set out in the nationally recognised ICOMOS Burra Charter for heritage conservation and the recommendations of the Princess May Reserve Conservation Plan. 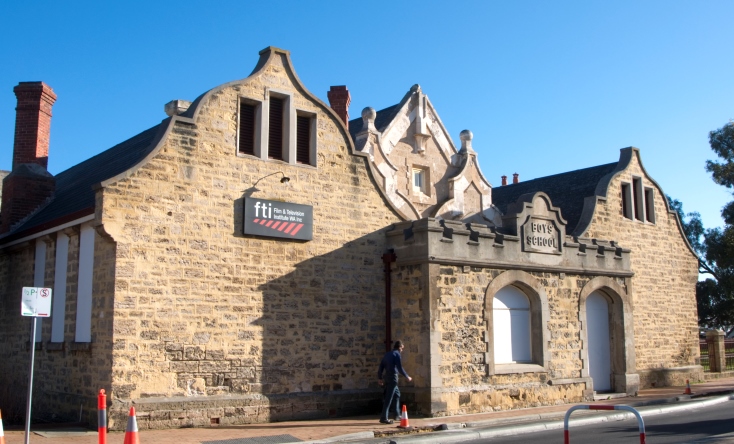