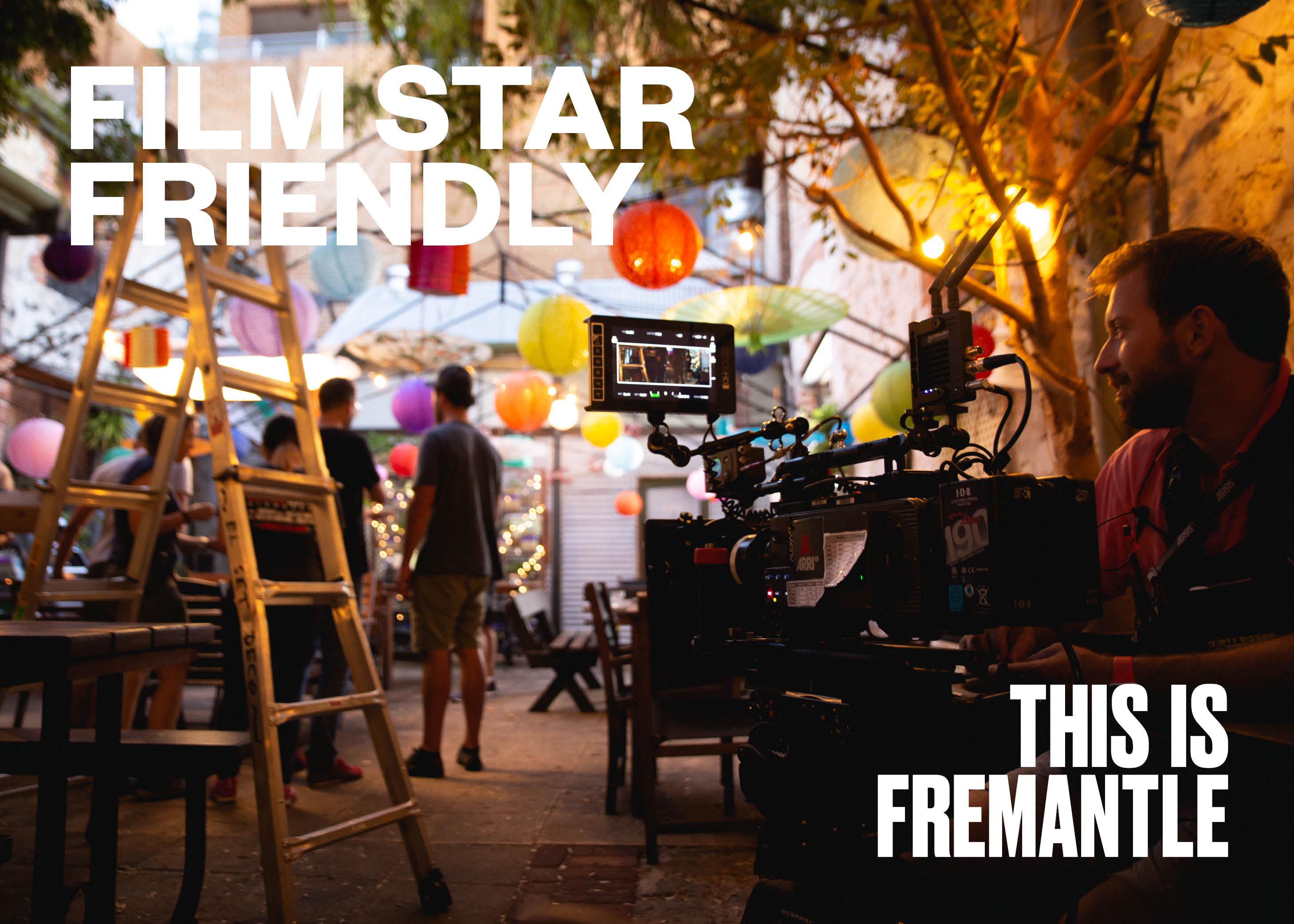 Fremantle is a living and breathing film set and the creative pulse of WA’s film sector. More producers call Fremantle home than anywhere else. We’re even cool enough for the most discerning of international movie stars and producers.

Learn more about how we support the film industry by checking out our Film Friendly City Policy.

If you are ready for lights, camera, action simply reach out to our City of Fremantle ‘Film Friend’ at business@fremantle.wa.gov.au to discuss next steps.