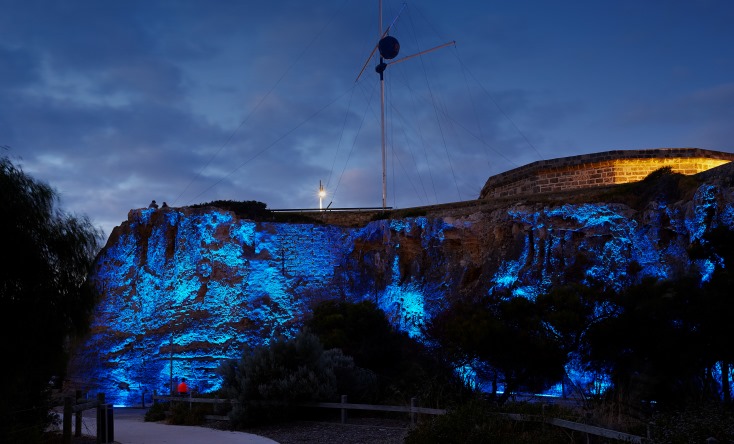 1 year ago in Media release , Festivals and events

Fremantle Prison, the Round House cliffs, Victoria Hall and Moores Building will be illuminated blue next Sunday night to draw attention towards a devastating disease affecting millions of people across the globe.

On 12 May, Fremantle will join over 75 cities worldwide for the #MillionsMissing global day of action campaign to raise awareness for myalgic encephalomyelitis, also known as chronic fatigue syndrome or ME/CFS.

“This chronic disease leaves about 25 percent of patients housebound or bedbound, and an estimated 75 per cent unable to work,” Councillor Pemberton said.

“There are millions of people of suffering from this debilitating disease and, unfortunately, there’s still a significant shortfall in knowledge about the condition.

“The #MillionsMissing global campaign fights for all those people missing from their very own lives and hopes to increase government funding for research, clinical trials, medical education and public awareness.”

As part of the City’s involvement in the #MillionsMissing campaign, Fremantle Library will also screen the powerful and informative documentary film Unrest at 12.30pm on Wednesday 8 May.

The Sundance award-winning documentary follows a young woman’s struggles with the little-understood condition, whose doctors tell her “it’s all in her head”.

For more information about the free screening, see the event on Fremantle Library’s Facebook page.

To learn more about myalgic encephalomyelitis and how you can make a difference, visit the Emerge Australia website.