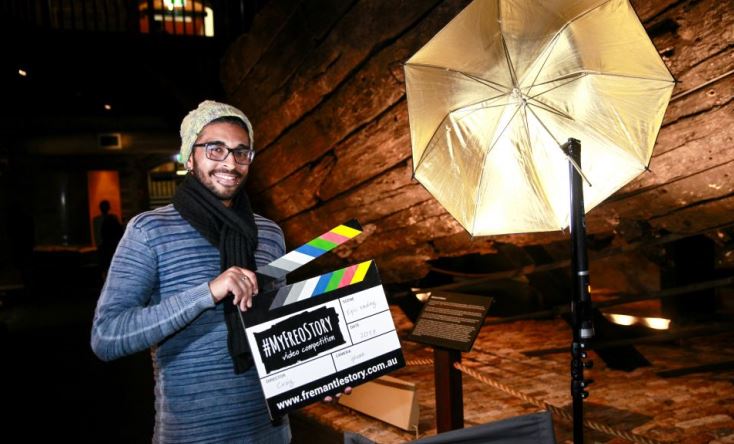 3 years ago in Community , Festivals and events

The City of Fremantle is again calling on budding film makers, storytellers and lovers of all things Freo to share their unique ‘Fremantle story’ in a short video for a chance to share in a $3 000 prize pool.

To enter the #MyFreoStory video competition all you need is any device that can film, some imagination and a love for all things Freo.

Last year’s competition attracted 40 diverse short films from backpackers, local 'Freonalities', artists, performers, students and professionals. Topics covered the full spectrum of heartfelt storytelling, song, dance, comedy and animation. The only similarity between all the videos was a passion to tell a Fremantle story.

City of Fremantle Mayor Brad Pettitt said he was looking forward to viewing some more great short stories in 2017.

“The My Freo Story video competition is a great chance for anyone with a video camera and an idea to capture the weird and wonderful things you can only find in Freo,” Mayor Pettitt said.

“There were some fantastic entries last year but we’re expecting even more great videos this year.”

Find out more, watch the videos as they come in or upload your own entry at fremantlestory.com.au

The City of Fremantle’s ‘Fremantle. Be part of the story’ strategy was launched in January 2014 and has continued to build broad awareness of Fremantle as a unique, vibrant and attractive place to visit.

The cornerstone of the strategy is the fremantlestory.com.au website which provides an accurate and comprehensive source of information for all leisure activities Fremantle has to offer. The website showcases Fremantle’s experiences through five categories: arts and culture; eat and drink; see and do; events and festivals; and shopping, interactive maps and the Fremantle story blog.