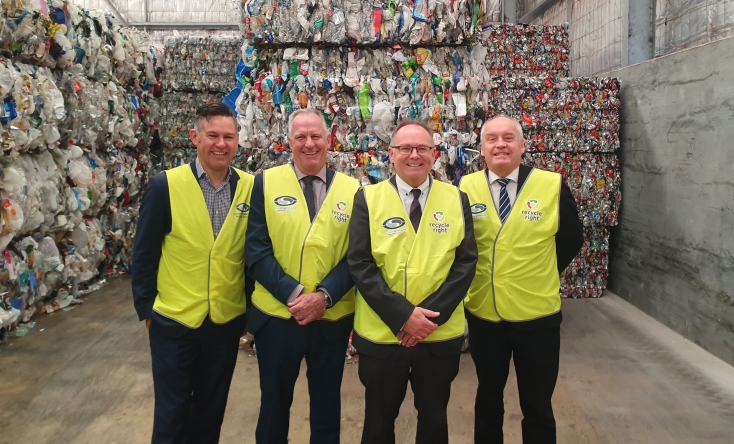 The City of Fremantle has ranked in the top five of Perth’s best recyclers in new data released by the state government.

For the first time, waste and recycling data is available on the MyCouncil website to encourage improved waste management performance among local councils.

Fremantle came in fifth on the list of the metro area’s best recyclers, with 54 per cent of household waste diverted from landfill.

The overall diversion rate covers all household waste, including the materials collected from household bins and verge collections.

The Town of East Fremantle topped the list with 61 per cent, while the City of Melville was third with 60 per cent.

All three councils are members of the Southern Metropolitan Regional Council and send their waste to the state-of-the-art Regional Resource Recovery Centre in Canning Vale.

Fremantle Mayor Brad Pettitt said coming in the top five for diverting waste from landfill was a great result.

“As a One Planet council we have a target of achieving a 70 per cent community recycling rate by 2020, so while ranking in the top five is a terrific outcome there’s still room for improvement,” Mayor Pettitt said.

“The introduction of FOGO will see our overall waste diversion rate improve even further, which will mean less landfill and reduced processing costs.”

The state government’s Waste Avoidance and Resource Recovery Strategy 2030, launched earlier this year, has a target for all local governments in the Perth and Peel region to move to a three-bin FOGO system by 2025.

As well as the introduction of FOGO the City of Fremantle has a range other initiatives to boost recycling rates, like the new Reuse Shop at the Fremantle Recycling Centre, recycling roadshows and subsidies for compost bins and worm farms.

To find out more about FOGO and the City of Fremantle’s recycling services visit the Waste and Recycling page on the City’s website.