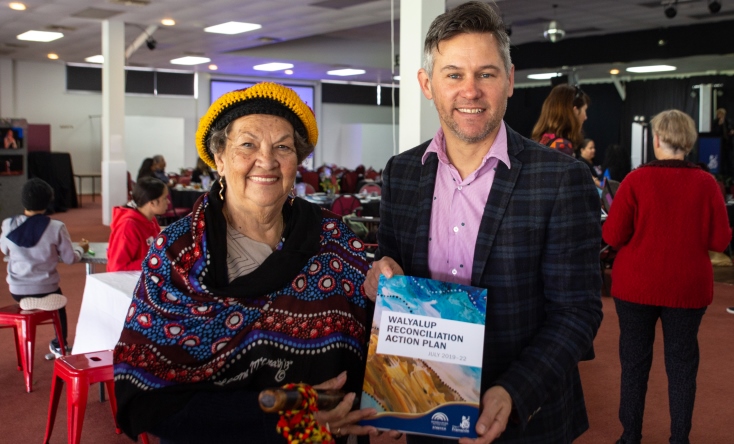 The City of Fremantle’s Walyalup Reconciliation Action Plan has been officially launched at a special Elders Lunch as part of Fremantle’s NAIDOC week celebrations.

The WRAP was developed in consultation with Fremantle’s Reconciliation Action Plan Working Group, local Elders and Aboriginal people and other stakeholders through a series of workshops and meetings over the past 18 months.

Fremantle Elder Marie Taylor said the launch of the plan was a significant step in Fremantle’s reconciliation journey.

“To think that we’ve come from 20 years ago where you would never have heard people talk about a Reconciliation Action Plan publicly, to today where it’s on the agenda at the council and is a powerful decision,” she said.

“Now that it’s been approved and endorsed by the council and Reconciliation Australia it’s so important for all of us, and I really want to compliment City of Fremantle for their great support of the Aboriginal community.”

It will supersede the City’s ‘Policy for Respect, Recognition and Conciliation with Aboriginal People’, which was adopted 20 years ago in October 2000.

“While this is the City of Fremantle’s first RAP, it is certainly not the beginning of its reconciliation journey,” Ms Mundine said.

“It’s fantastic to see the City of Fremantle take a leadership role in generating community interest in understanding and respect for Aboriginal and Torres Strait Islander cultures, histories and perspectives.

“On behalf of Reconciliation Australia, I congratulate the City of Fremantle for adopting its first RAP and look forward to following its continued steps toward reconciliation.”

Fremantle Mayor Brad Pettitt expressed his thanks to all of the community members who contributed to the plan.

“Over time the Fremantle Council and staff have developed a special relationship with our Aboriginal elders and community,” Mayor Pettitt said.

“The WRAP was a good way of pulling all the ideas and projects we have spoken of into one action plan that we can work on together.

“RAPs are not easy things to put together, but there was a real sense of trust and collaboration even as we worked through some tough and thorny issues as a group.

“Reconciliation has a long way to go in Australia but in Fremantle I feel like we’re moving the conversation forward, not just for our residents but more broadly.

“The fact that we’ve launched our WRAP on the same day as the announcement that there will be a referendum on the recognition of Indigenous people in the constitution within three years shows we’re making real progress.”

The Walyalup Reconciliation Action Plan outlines 19 actions and 106 deliverable outcomes over the next three years, including establishing a strategy and agreed representation for Aboriginal stakeholder input.

The plan also supports a detailed feasibility study into establishing an Aboriginal Cultural Centre in Fremantle. The council allocated $50,000 for this purpose in its recent annual budget. 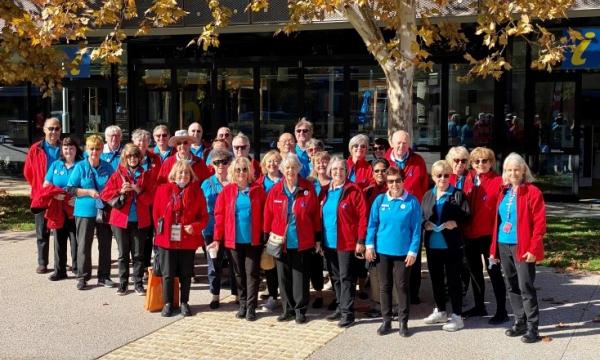 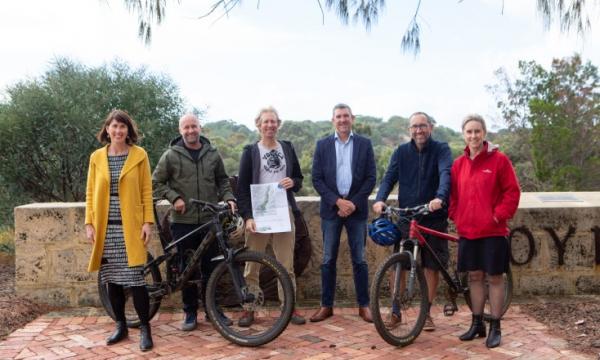 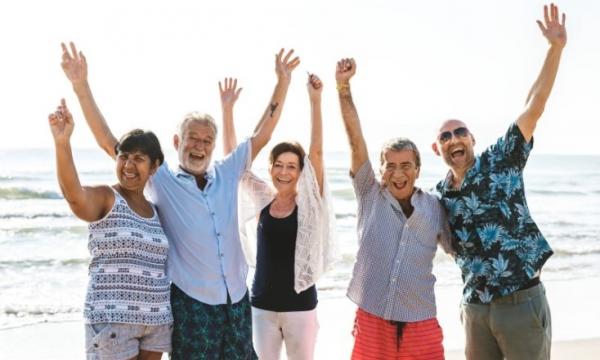