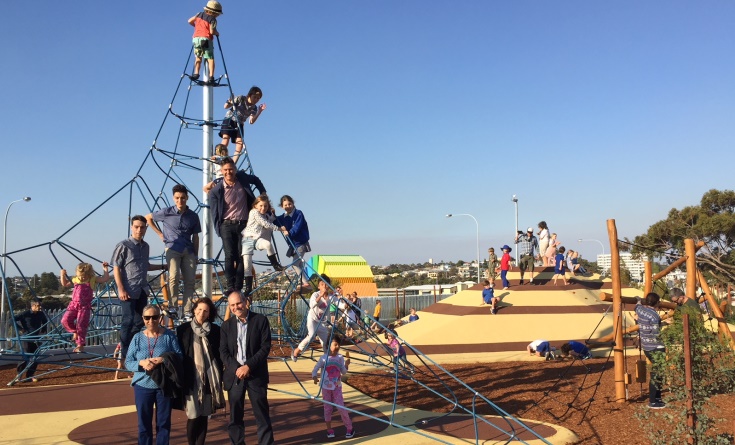 The first stage of the transformation of Fremantle’s historic Cantonment Hill precinct has been completed, with the official opening of the Tuckfield Oval parkland yesterday.

Fremantle Mayor Brad Pettitt said he was sure the new park, with its spectacular views over the Swan River, would quickly become a much-loved community asset and tourist attraction.

“It’s taken a lot of time and effort but it’s fantastic to see this hidden corner of Fremantle come to life,” Mayor Pettitt said.

“I’d especially like to thank the Friends of Cantonment Hill community group and the Whadjuk traditional owners for their passion and support for this project.

“The site has enormous historical significance, from both an Aboriginal and early European perspective, so being able to share its stories with all Western Australians is really important.”

The City of Fremantle took ownership of the Cantonment Hill precinct from the Department of Defence in July 2010 with the aim of developing the site for community purposes.

In 2012 a masterplan for the site was adopted by council and in 2015 detailed concept plans were developed for the architecture, landscaping and interpretative aspects of the project.

The parkland was designed following extensive consultation with Department of Aboriginal Affairs, Whadjuk traditional owners and local community groups and was supported through a $2.2m grant from Lotterywest.