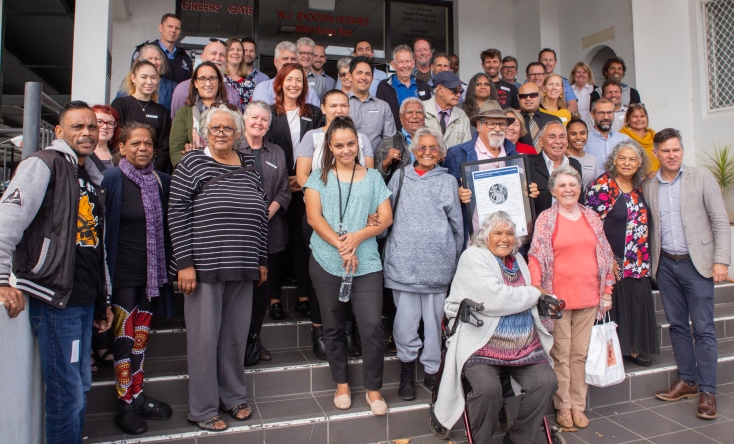 The City of Fremantle’s vision for reconciliation and commitment to creating an inclusive, equal community is one step closer after the development of its draft Walyalup Reconciliation Action Plan (WRAP).

Community members are now being invited to comment on the draft WRAP, which was developed in consultation with the WRAP Working Group, local Elders and Aboriginal people and other stakeholders through a series of workshops and meetings facilitated by Kambarang Services.

Fremantle Mayor Brad Pettitt said the WRAP would better support the City’s engagement with Aboriginal people and the general community on its path towards achieving reconciliation.

“This is Council’s first RAP following the formative policy for respect, recognition and conciliation with Aboriginal people almost 20 years ago,” Mayor Pettitt said.

“We are proud of the work the City is already doing, including increasing Aboriginal employment, establishing the Walyalup Aboriginal Cultural Centre, recognising historical relationships with the Whadjuk people in the Walyalup area and acknowledging Traditional Owners through Welcome to Country, the annual Wardarnji Festival and, more recently, the One Day event.

“Based on this work we’ve achieved in recent years and through Reconciliation Australia’s recommendation, we decided to begin with a Stretch RAP that is focused on relationships, respect, opportunity and governance.

“A Stretch RAP is one of four different types of RAP that organisations can develop based on the different stages of their reconciliation journey.

“Thanks to the diverse and vital input we’ve received from more than 100 committed people, our draft Stretch WRAP contains 15 measurable actions and 74 deliverables to assist us with embedding reconciliation initiatives into how we operate across the organisation and in the community.”

Community consultation is open until Monday 27 May 2019, and everyone is welcome to share their feedback.

For more information about the draft WRAP and to have your say, visit the City of Fremantle’s My Say Freo website.