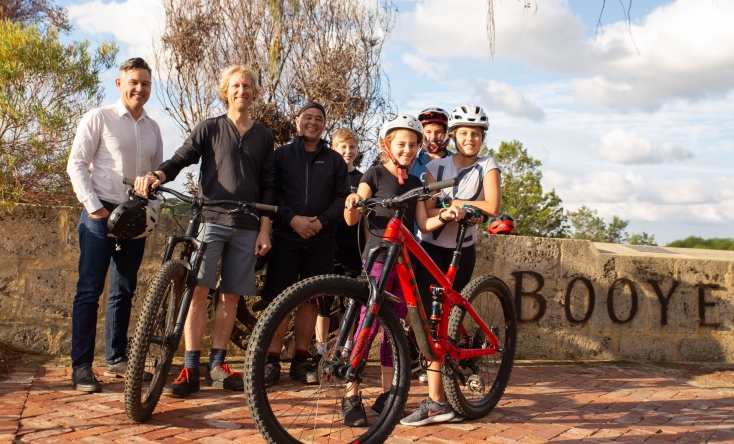 The planning to establish mountain bike trails in Fremantle’s Booyeembara Park has progressed to the next phase.

Following an approach by local mountain bike enthusiasts the Fremantle Mountain Biking Collective, Fremantle Council voted in May this year to explore the idea of creating mountain bike trails in Boo Park and committed to conducting a land use compatibility feasibility study.

As a result the council has now agreed to progress to the next phase in the process, which will involve developing a mountain bike trail concept plan, liaising with the state government on environmental requirements and identifying potential funding partners.

“Mountain biking is a hugely popular activity, but there actually aren’t that many formal mountain bike trails in the Perth metro area,” Mayor Pettitt said.

“The closest ones to Freo are about an hour away up in the hills or otherwise people have to head down south.

“One of the challenges with Boo Park is that the area is known to contain fragments of bonded asbestos containing material, so we had to make sure that building a mountain bike trail was possible from a health and safety perspective.

“Now that this report has confirmed it is possible, we can get cracking on working out the initial design and budget and setting up a project working group and community consultation process.

“We’re also working towards constructing a new community facility at Boo Park co-located with a new club house for the golf course, so that facility combined with the mountain bike trails could make Boo Park a really attractive place to visit.”

The proposal put forward by the Fremantle Mountain Biking Collective was to establish a number of trails with varying degrees of difficulty running from the eastern ridge of the park towards Stevens Street, serving as a purpose-built skills park.

The Booyeembara Park Reference Group has previously been consulted and is supportive of the proposal being developed further.

A budget of $24,000 for the mountain bike trail concept plan was included in the City of Fremantle’s 2019/20 annual budget.

Progression beyond the concept planning phase will be subject to gaining sufficient construction and operational budget through the council and grant funding partners.