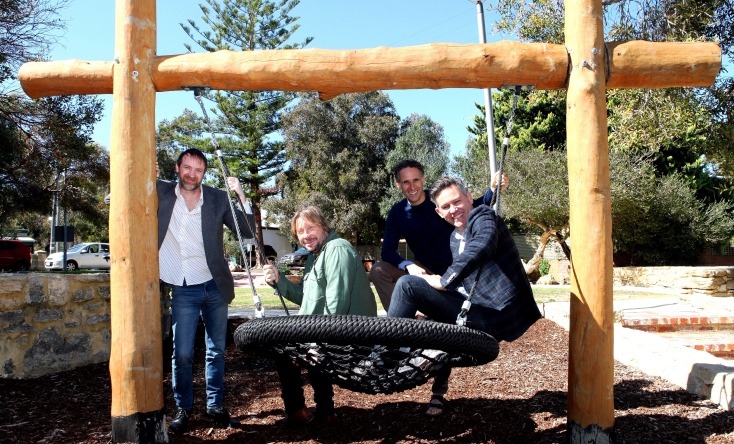 A community effort to refresh a local Fremantle park has been recognised with a national landscaping award.

In awarding the prize, the competition jury said the project was undertaken in a facilitated and democratic manner and has led to a great outcome for the Gold Street community.

The jury said: “The participatory style was strongly supported by the City of Fremantle, who saw this as an opportunity to trial a new approach to parks; one in which the long-term outcomes could potentially result in greater community satisfaction, ongoing community involvement, and also realise cost savings in relation to construction and maintenance.”

The project started back in 2014, with residents working with local landscaping firms UDLA and EarthCare Landscapes to come up with the nature-based design.

The City of Fremantle contributed $100,000 to the project, but a lot of the materials were donated and local residents helped out by planting trees and building retaining walls and play equipment.

The park is now a hub for community gatherings like barbecues, Christmas parties and movie nights.

UDLA Principal Director Greg Grabasch thanked the local community for participating in a journey of trust, learning and continued friendship.

EarthCare director Francis Burke said he hoped the inclusive approach to the Gold Street would become the norm for the planning of community parks.

“As local Fremantle residents, we were delighted at being involved to help improve a much loved local park and help create an opportunity to assist both the City of Fremantle to engage more fully with their local community and for the community to take more ownership of their own spaces,” Mr Burke said.