2021 Year in Review | City of Fremantle
Skip to main content 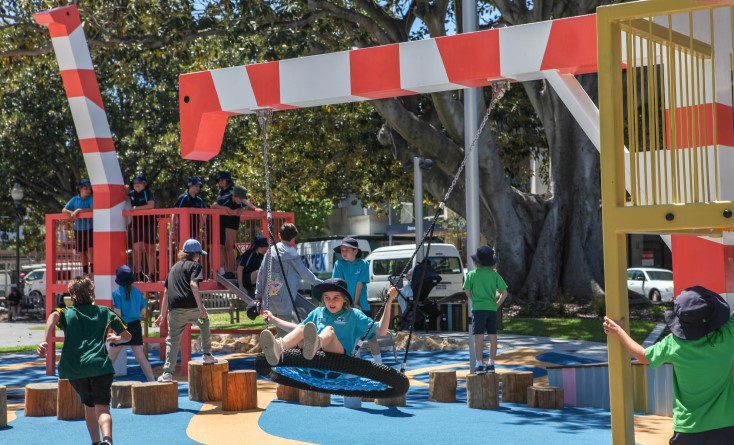 With 2021 coming to an end, let’s take a look at our year in the City of Fremantle; from COVID lockdowns to award wins and the opening of Walyalup Koort, it sure was a momentous year.

2021 kicked off with birthday celebrations in the City of Fremantle. Not only did the Fremantle Leisure Centre’s celebrate its 50th birthday, but our historical Round House also celebrated 190 years. Our Containers for Change refund point also hit a one million milestone. In the first weekend of 2021 alone, we processed over 40,000 containers at the City's Containers for Change refund point. Nearing the end of January, the City commenced our One Day event, jam packed with a morning smoking ceremony, a community barbeque and lots of groovy tunes. 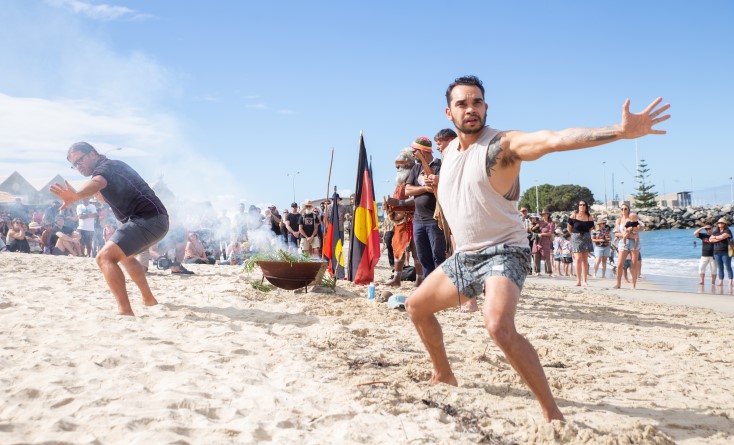 February was a whirlwind for us as we faced a COVID lockdown in WA, with many City facilitates closed to the public for the five days. During this time, we used community programs such as Neighbour to Neighbour and the Together Again Café, which looked at tackling loneliness and isolation to bring the community together.

Out of lockdown, the City launched Legal Series: a new community program that improves access to legal assistance for local residents. The household Hazardous Waste facility also opened at our Recycling Centre.

We opened the month with the release of our autumn issue of FRE-OH! magazine, which featured artist Savannah Travia-Dann on the cover. Savannah was later showcased in the exhibition Revealed, an annual exhibition which provides an important platform for over a hundred emerging WA Aboriginal artists, hosted at Fremantle Arts Centre. The event also featured an online art market and two days of professional development workshops specifically tailored for Aboriginal artists and art centre staff.

The City unveiled our $37 million Fremantle Oval Masterplan for the redevelopment of historic Fremantle Oval, with plans for new clubrooms and grandstands, improved spectator facilities, lighting upgrades and the realignment of the playing field to reconnect the oval to the heritage-listed Victoria Pavilion.

THIS IS FUNMANTLE kicked off during the month, which brought carnival rides, markets, and a seaside wonderland adventure trail for families to explore. 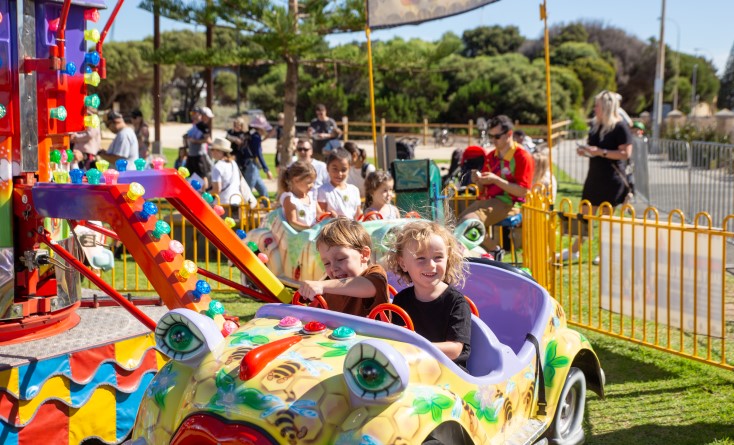 We started the month with some paw-some vibes, as Bark in The Park brought their event to South Beach Dog Beach, with our Community Safety Team helping with event goers’ doggie questions. The City also celebrated our local volunteers during National Volunteer Week.

Library Connect was recognised with a prestigious Library Board of WA Excellence Award 2021 for Innovation and Collaboration. Library Connect is a ground-breaking program that places a community support worker at the Fremantle Library to support people experiencing homelessness, hardship, and other disadvantages.

The statue of former WA Governor and Second World War air force hero Sir Hughie Edwards was returned to our Walyalup Koort (Then Kings Park). The life-size bronze statue was temporarily removed from the square to allow for the construction of the Walyalup Koort play space.

Wrapping up the month, the City hosted planting events and workshops around Fremantle for the community to join in on, with 2000 plants planted.

At the of the month, we celebrated with the official naming of our heart of Freo: Walyalup Koort. South Fremantle also had an introduction of a new 40 kilometres per hour speed zone across a wide area of Fremantle. The City also secured a $97,000 grant from Lotterywest for projects that help the community reconnect and recover from the impact of COVID-19.

The City’s very own People and Culture Administration Assistant Tiarna Wynne took out the winning spot for Miss NAIDOC Perth 2021. You can read more about the Miss NAIDOC event and Miss Wynne here.

Kicking off for the City, our Neighbour to Neighbour program was recognised with the 2021 Resilient Australia WA Award. The program was created during the COVID-19 lockdown in March 2020 to connect vulnerable people in our community with volunteers to help with simple errands like walking the dog or picking up the groceries.

The Fremantle Chamber of Commerce started the month with the annual Fremantle Business Awards at the historic Town Hall. The event honoured some of the best local businesses and attractions, such as Emily Taylor and Warders Hotel that took out the 2021 Fremantle Business of the Year Award.

We also celebrated Buster’s 35th birthday with face painting, arts and crafts, kids treasure hunts and a birthday cake; with over 650 people joining us to celebrate.

One of the finishing touches was added to the Walyalup Civic Centre, with the centre receiving its sloping lawn on the Urban Room, which was designed for people to sit and relax in Walyalup Koort. 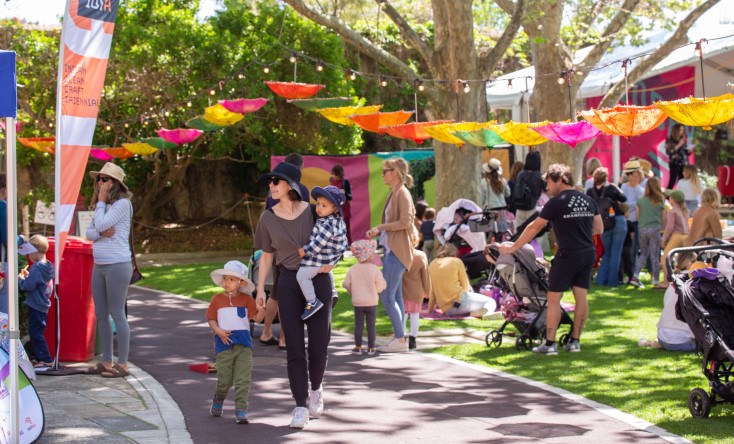 We opened the month with a celebration as our Containers for Change Refund Point opened turned one. Since its start, our team processed 4.1 million containers, which equated to 402 tonnes of glass, cans and plastic bottles that were recycled.

Our BEEP! TOOT! HONK! event went off with a bang, with kids making their way around Freo with a monster truck and big wheels bouncy castles, vintage kids fire truck, a giant monster truck and a retro car merry go round.

We launched a new Visit Fremantle website with new features and ways to plan your next visit to Freo. Later this month we were recognised at the 2021 WA Tourism Awards, taking out the Excellence in Local Government Award for Tourism and second place for our THIS IS FREMANTLE campaign in the Tourism Marketing and Campaigns category.

Nearing the end of the month, our ribbon cutting ceremony officially marked the opening of our Walyalup Koort Playground. Our Walyalup Civic Centre officially opened in November, including our new customer service area, our library, and our Local History Centre.

We celebrated our opening of Walyalup Koort with a Community Open Day, where we showed visitors the new customer service centre, council chamber and bookable community spaces in the library and civic centre. The festivities also continued next door with the grand opening of the FOMO building. 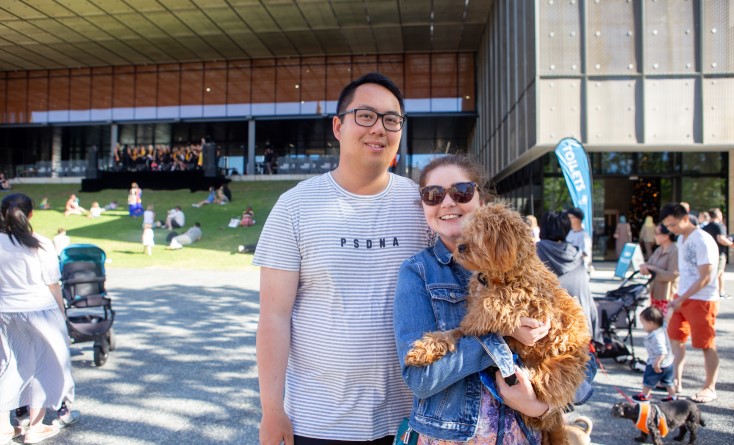