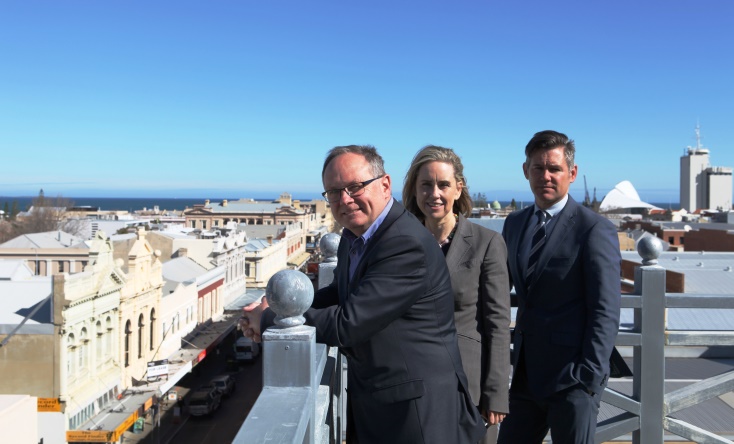 Heritage listing of Fremantle's West End has not only created history, it will also pave the way for an exciting new future for the iconic precinct, Fremantle Mayor Brad Pettitt said.

The State Government confirmed this week that the West End had been permanently included in the State Register of Heritage Places. Welcoming the announcement, Mayor Pettitt said the best was yet to come.

"The cultural heritage value of the West End has long been recognised locally and I'm delighted it is now recognised at a state level. We have something here in Fremantle that nobody else has or can have.

"Particularly exciting is the opportunity to continue to ensure our historic buildings are restored and used and loved. Fremantle is not a museum but a living, growing and vibrant city.

"The best cities in the world not only protect their landmarks but sympathetically adapt them for modern use," Mayor Pettitt said.

"The West End is a fantastic precinct not only for its rich history but also for exciting new opportunities to be created and for great things to happen."

Mayor Pettitt thanked the State Government and the Heritage Council for supporting the City's bid for heritage listing. He paid tribute to the Fremantle Chamber of Commerce and the broader local community, saying it had been a true partnership approach from the beginning.