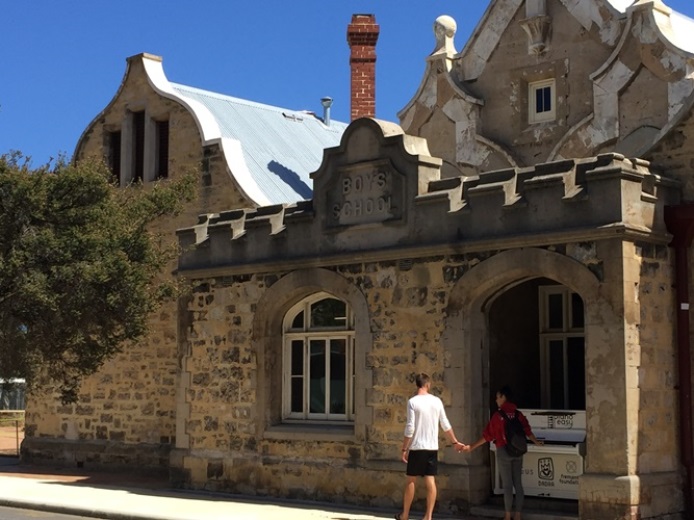 The restoration of Fremantle’s historic Old Boys School will be celebrated at an official opening tomorrow night.

The heritage-listed building on Adelaide Street has been given a new lease of life following $2 million worth of renovations by the City of Fremantle.

The Old Boys School is, along with the Perth Boys School on St Georges Terrace, the earliest government-built school building in WA. It was home to the Perth Institute of Film and Television from 1974 to 2014.

The restoration included removing the asbestos cement shingles on the roof, upgrading drainage, reinforcing the roof and chimneys and reinstating historical details like the stone finials on the parapets.

There was also extensive internal work to target rising damp and ensure the building complied with modern electrical and structural standards.

Further work on the external walls, interior fit-out and a public café is expected to start in the coming months.

Fremantle Mayor Brad Pettitt said the restoration of the Old Boys School was a high priority for the City.

“It’s a wonderful building with a lot of history but it was very run down and needed a lot of work,” Mayor Pettitt said.

“I’m thrilled at how well it’s turned out. It’s now a fantastic space for the whole Fremantle community to enjoy.”

DADAA executive director David Doyle said he was loving his new home in the heart of Fremantle.

“Being in such a central location offers us a great opportunity to share our arts and health-based programs with the community, and you can’t help but be inspired in such a magnificent old building,” Mr Doyle said.