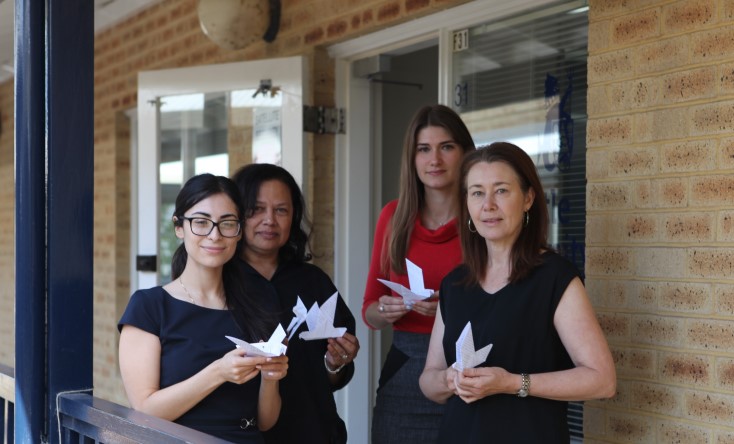 7 months ago in Community , Media release , Festivals and events

The City of Fremantle is helping raise awareness of violence against women by hosting a White Ribbon Day event on Friday 22 November.

White Ribbon Day, which is officially commemorated on 25 November, is an internationally recognised day of action and calls upon all Australians to stand up, speak out and act to stop violence against women.

Fremantle Acting Mayor Andrew Sullivan said on average per year, one woman was killed every week in Australia as a result of domestic violence.

“Violence against women in any way is unacceptable and we hope Fremantle’s White Ribbon Day event will raise critical awareness of an issue that is very important in our community,” Acting Mayor Sullivan said.

“It’s imperative we all work together to build and foster a community where every woman lives in safety, free from all forms of abuse.”

This year, the Fremantle Community Legal Centre, Fremantle Library and The Meeting Place have joined forces to build an origami display ahead of Friday’s White Ribbon Day event.

Fremantle residents, workers and visitors are encouraged to visit Henderson Street Mall (the open space between Fremantle Markets and Sail & Anchor) between 11am–2pm and take part in the origami display.

People can hang their own white paper crane, which will have stories of victims printed on them, and support the campaign to end domestic violence.

While White Ribbon Australia has recently closed its doors, supporters and communities are encouraged to continue raising their voice alongside the international White Ribbon movement. For more information, visit whiteribbon.ca