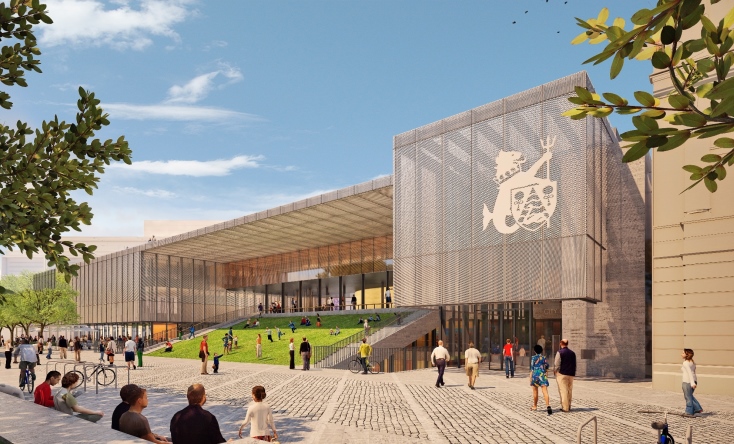 The schematics adopted by council include refinements to enhance the community aspects of the new multi-purpose building and to keep within original scope. These include:

Fremantle Mayor Brad Pettitt said council had taken a long-term approach in determining the design for the new building right from the outset:

“From early on council agreed to approach the design of this building from a 100+ year timeframe because we want it to stand the test of time and become Fremantle’s future heritage. What we didn’t want was to build something which, like the current civic and administrations building, needs replacing in 40-50 years’ time,” said Mayor Pettitt.

“In looking to the future we’ve included additional community features like a universal change facility and more public meeting rooms, these are the things people have told us are essential.

“We’ve retained the third floor but tweaked the design to provide ratepayers with a commercial revenue stream in the medium-term while future proofing the building for City and community needs in the long-term.

“The design of the new building, which won Fremantle’s first international architectural competition, works more in harmony with the Fremantle Town Hall than the current building, with better connections which will breathe new life into the town hall and add to its heritage values.

“It’s been more than 14 years since Fremantle Council first flagged the need to replace the civic building.  We’ve come a long way since then and now the civic building is just one component in the most important project any Fremantle council has ever undertaken.

“Once complete, the redeveloped Kings Square precinct will become a much improved space for people and a focal point for commerce in Fremantle.– it’s a catalyst project which will underpin Fremantle’s future as a modern thriving city,” Mayor Pettitt said.

With the schematic design now agreed to, architects Kerry Hill will move into the detailed design phase for the new building which will include final costs.

Fremantle Council at that time moved a motion to investigate alternatives to what was described in the council report as a building which was ‘outdated and incurred considerable annual maintenance costs’. The report also stated ‘a considerable amount of money would be required to upgrade and refurbish the building to current acceptable standards.’

In March 2004 council agreed to the establishment of the Civic Area Redevelopment Project to look at a precinct-wide development of Kings Square including City-owned buildings and the privately-owned Myer building.

In 2011 council revisited these earlier plans with a fresh new approach to revitalise the Kings Square precinct and in turn, kick-start Fremantle’s much-needed revitalisation.

Following an innovative ‘Citizens Jury’, the Kings Square Urban Design Strategy was adopted by council in June 2012.  These community-inspired design guidelines along with a comprehensive business plan were then used as the brief for the Kings Square Architectural Design Competition.

The competition was promoted nationally and internationally in 2013 and conducted in accordance with the Australian Institute of Architects Competition Guidelines. The final winning design, by Kerry Hill Architects, along with other entries formed part of a public exhibition in 2014.

The design refinement for the civic administration building since then has largely been a technical exercise to ensure costs were managed and the changing needs of the community and the City’s administration were taken into account.

About the Kings Square redevelopment

The $250m+ project includes the redevelopment or refurbishment of the Queensgate Centre, Queensgate car park and Spicer site currently owned by the City of Fremantle, and the former Myer building owned by Sirona Capital.

The project will create a civic, retail, commercial and community hub that is a vibrant, active and safe place which reflects Kings Square’s unique position in the heart of Fremantle.