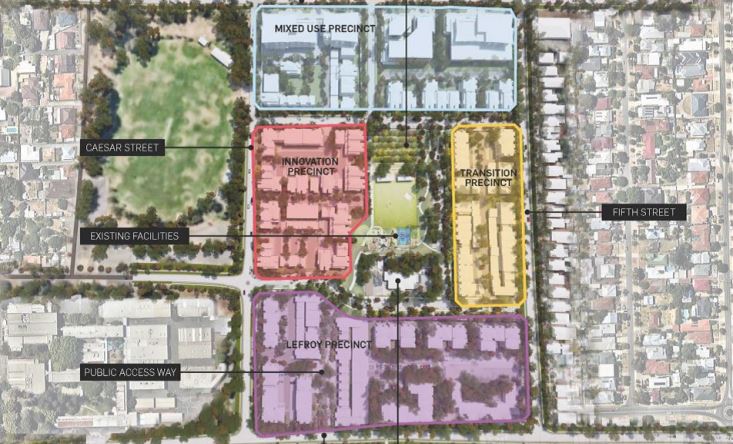 One of the key pieces in the plan to revitalise the Heart of Beaconsfield has been released for public comment.

City of Fremantle Director of Strategic Planning Paul Garbett said the state government is looking to redevelop the area and has submitted a structure plan to guide the process.

“The state government through the Department of Communities has a policy to decentralise large pockets of social housing and redevelop the land to create a range of more diverse and affordable housing options,” Mr Garbett said.

“The Davis Park precinct currently contains around 260 dwellings that are fairly old, low-scale residential. These homes are accessed by a number of cul-de-sac roads, so connectivity with the surrounding neighbourhood is poor.

“For this reason the Department of Communities is keen to redevelop the Davis Park precinct to create a more diverse mix of housing, with both private and public housing and better connections to surrounding areas.

“The structure plan submitted by the Department of Communities shows details such as where roads and public open space will go, as well as types and locations of housing, community facilities and other land uses.

“As the authority responsible for local planning, the City of Fremantle’s role is to assess the plan and make a recommendation to the WA Planning Commission, which will make the final decision on whether the plan is approved or not.

“To help the City prepare its recommendation to the WAPC, we’d really like to hear from the local community and get some feedback on the structure plan.

“Community feedback at this stage is important because, although it doesn’t include details such as the design of new buildings, a structure plan does guide later stages of planning such as subdivision and development applications.”

The Davis Park structure plan proposes the creation of a mixed-use precinct along South Street, with retail, commercial and residential properties.

Public open space around Davis Park will be expanded and an innovation precinct will be established to provide opportunities for alternative housing styles.

Redevelopment of the Davis Park area is a key part of the broader Heart of Beaconsfield planning project, which will guide the redevelopment of surrounding areas like the Lefroy Road Quarry and the former South Metropolitan TAFE site.

An information stall will be set up at the Growers Green Farmers Markets at Fremantle College on Sunday 16 June, with the opportunity to speak with representatives from the Department of Communities and the City’s planning staff on the structure plan proposal.

For more information and to make a submission visit the City of Fremantle’s My Say Freo website. Public comments close on 21 June.