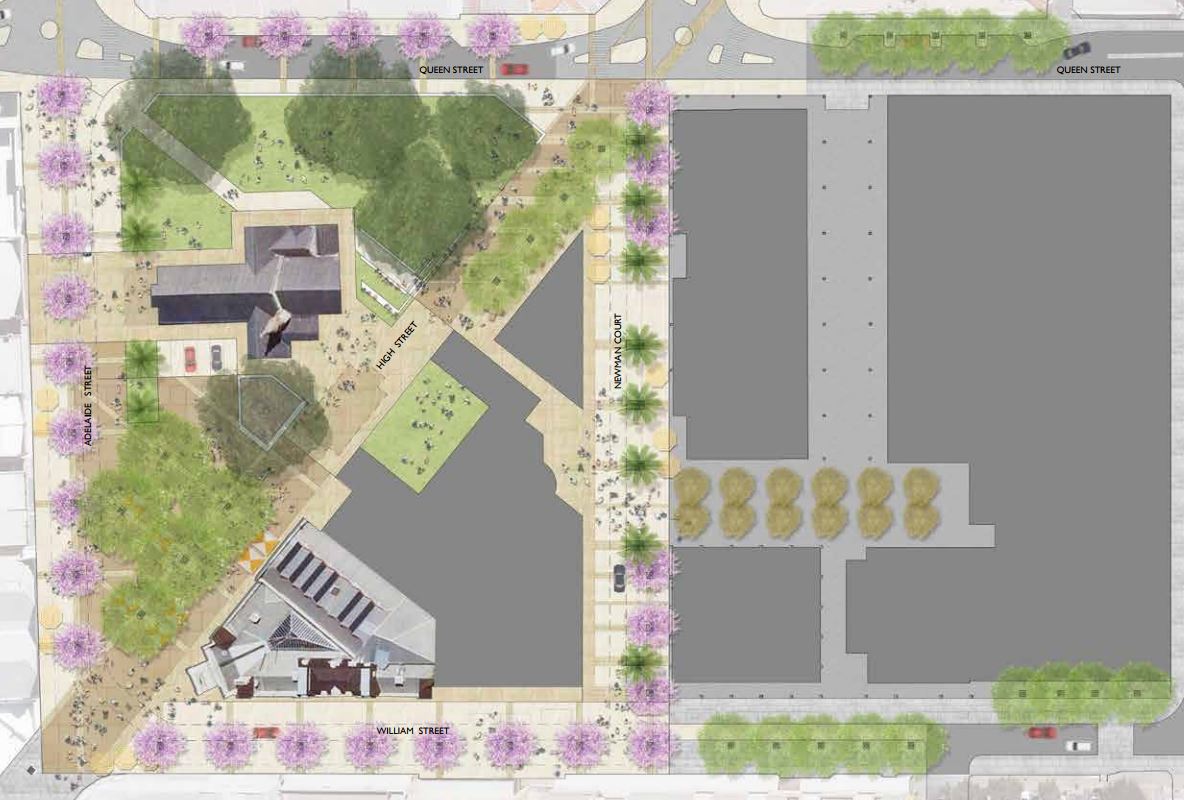 The community will soon be able to have their say on how public spaces in Fremantle’s Kings Square will look and function after council this week adopted a draft concept design for the area.

Fremantle Mayor Brad Pettitt said the priority was to re-establish Kings Square as the true civic and commercial heart of Fremantle.

“Fremantle’s Kings Square is WA’s only formal town square and has a long and proud history of adapting to the needs of the community,” Mayor Pettitt said. “The next phase is something to look forward to but it’s crucial we get it right.

“When we first consulted the community in 2012 the key themes that came through were for future planning to prioritise pedestrians, deliver high-quality landscaping and shade cover and to bring back activity to all areas within Kings Square.

“I believe the draft plan delivers on the principles the community has asked for, but we’ll soon be asking people for their ideas on the plan and what could be done to get an even better result,” Mayor Pettitt said.

Enhancing public spaces in and around Kings Square is a key component of the once-in-a-generation Kings Square Renewal project, which also involves the redevelopment of the former Myer building and Queensgate buildings and the City of Fremantle’s civic building and library.

The draft Kings Square Public Realm Concept Design was developed using principles developed and endorsed by a community ‘citizens jury’ in 2012. These principles include the prioritisation of pedestrian space by minimising vehicle movements and non-essential parking, better activating the edges of the square and respecting the historic character of Kings Square.

The draft design will be available for public comment shortly via the City’s My Say Freo online community engagement portal.