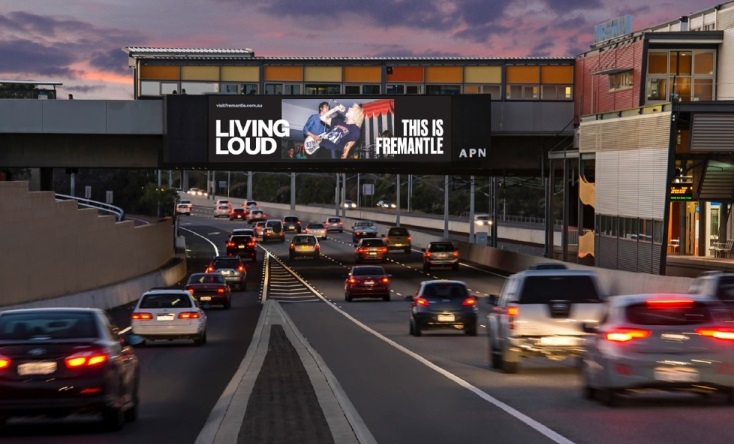 The first major campaign under the new ‘This is Fremantle’ brand is being rolled out over the coming month.

The campaign, which utilises digital, radio and outdoor platforms, is designed to raise awareness of Fremantle as a destination and guide visitors to the new visitfremantle.com website and social media channels.

“A survey by Tourism WA in 2017 showed Fremantle was Perth’s most popular entertainment precinct across people of all ages, but there are probably lots of people out there who haven’t come to Freo for a while,” Ms Pemberton said.

“This campaign is about reminding those people of the great things Freo has to offer and getting Perth people to fall in love with Fremantle again.

“In addition to this new campaign we’re also working with government agencies like Destination Perth, Perth Convention Bureau and Tourism WA, and with travel wholesalers to promote Fremantle nationally and internationally.

“It’s really important for local businesses to get behind the campaign, so I’d encourage all business owners to engage with the brand by sticking the ‘This is Fremantle’ shop window sticker on their front window, using our photos and images to promote their business and mention @visitfremantle and use the  #thisisfremantle hashtag on social media.”

The outdoor component of the new campaign features billboards at six strategic locations around Perth, including the digital billboards on the Kwinana and Mitchell freeways and static billboards at Perth Airport, Mosman Park, Osborne Park and Mt Lawley.

There will also be showcase advertising on Transperth buses, and ‘This is Fremantle’ videos screened on the big screens at Optus Stadium during Fremantle Dockers home games.

The campaign also includes digital advertising, a social media campaign and a radio campaign with Nathan, Nat and Shaun on NOVA 93.7 Perth.

This is the first major brand driven campaign to be delivered by the City of Fremantle as part of the Destination Marketing Strategic Plan 2018-2022.

It will be followed by a winter events campaign with a focus on Fremantle events like the Fremantle Festival: 10 Nights in Port, plus a winter tactical campaign for hospitality businesses promoting restaurants, pubs, small bars and winter dining experiences in Fremantle.

In addition, the July edition of the Qantas in-flight magazine, which is read by over 400,000 people, will incorporate a full page editorial feature promoting Fremantle’s arts and culture based events and festivals.

For more information on the ‘This is Fremantle’ campaign and how to get involved visit the Destination Marketing page on the City’s website.