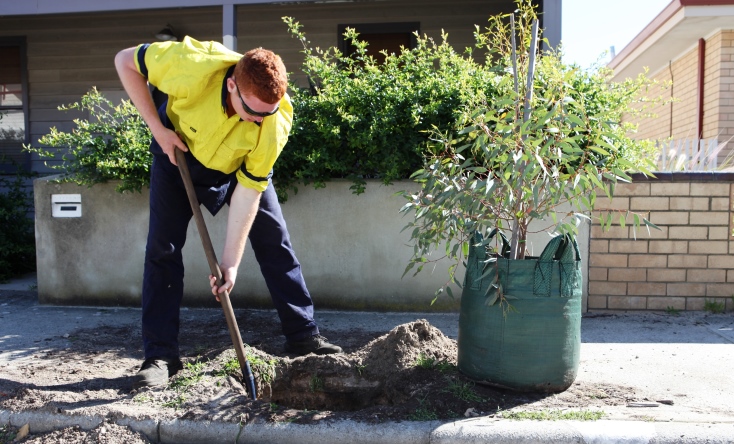 The City of Fremantle is giving Samson residents the chance to choose the type of tree they would like planted on their verge.

The recently adopted Urban Forest Plan sets a target of increasing the number of trees in Fremantle from 13,000 to 23,000 by 2027, while the City’s 2017/18 budget provided additional funding to increase the number of trees planted this year from 500 to 900.

“Mapping undertaken for our Urban Forest Plan identified that Samson has some of the lowest canopy coverage in Fremantle,” Mayor Pettitt said.

“That contributes to the urban heat island effect, which means that on average Samson is two degrees hotter than nearby suburbs.

“One way to combat this effect is to provide more shade through increased canopy cover. Trees also absorb carbon dioxide, filter air pollutants and provide a natural cooling effect by releasing moisture through their leaves.

“More trees will also help fill gaps in the biodiversity corridor that runs through Samson, connecting important regional bushland to the coast and providing habitat and food for native animals.”

Samson residents will soon be receiving a letter advising them of the type of tree the City of Fremantle considers to be most suitable for their verge, but also giving the option of a different species.

The City will plant, water and maintain the tree at no cost to residents.

People wishing to choose the alternative species, or opt out of the program entirely, can do so by calling 9432 9999 or completing the online form.

All requests must be received by 21 February, with planting to begin this winter.