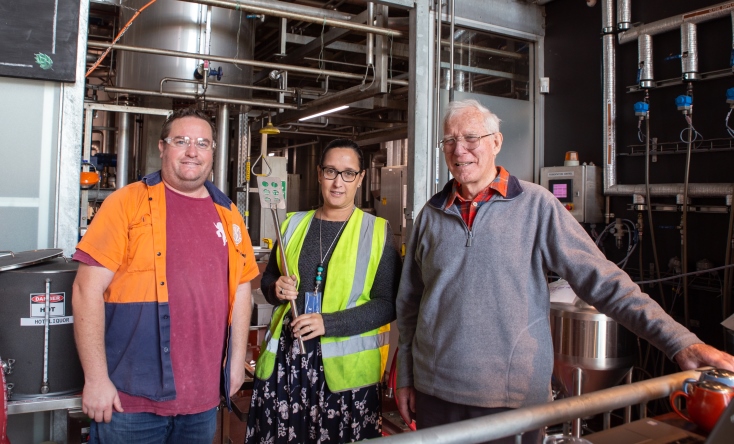 Fremantle Library and Little Creatures are brewing something special for the 2019 Australian Heritage Festival at the Ales and Tales: A Malty-Cultural Journey community event this Friday.

The surprising collaboration comes from Fremantle Library’s initiative for developing programs that appeal to different demographics in the community.

Mayor Brad Pettitt said Fremantle Library wanted to shine a light on craft brewing, which was an important part of Fremantle’s history and economy.

“With the Australian Heritage Festival looming at the time, Fremantle Library approached Little Creatures to collaborate on an event,” Mayor Pettitt said.

“There will be a karma keg on tap with all proceeds going to Fremantle Library’s chosen charity St. Patrick’s Community Support Centre’s Donate without Doubt campaign.

“In fact, our library staff helped recreate the heritage community brew which will be tapped on the night.

“Leading up to the event Fremantle History Centre has been collecting items and stories relevant to Fremantle’s brewing past, and hopes to capture more living histories on the night that people might like to share or donate.

“If you have any photos or ephemera, such as old beer labels and brochures, even memories you have of brewing innovation or activities pertaining to Fremantle, our history centre would love to hear from you.”

Ales and Tales: A Malty-Cultural Journey starts at 6pm this Friday 10 May, with the community keg to be tapped at 7.30pm. Everyone is welcome to try the heritage brew for a donation. The heritage brew is a Gruit Ale style using a dry herb method with yarrow, rosemary, lemon and orange.

For more information and to purchase tickets for Ales and Tales: A Malty-Cultural Journey, visit the What’s On page on the City of Fremantle’s website.