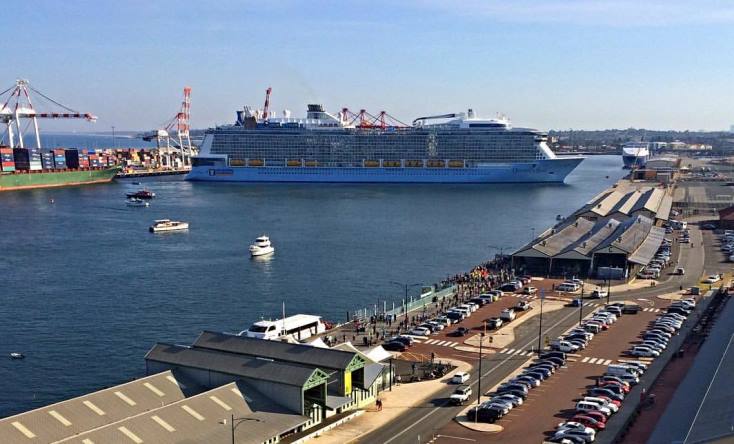 The City of Fremantle has welcomed the completion of the state government’s refurbishment of the Fremantle Passenger Terminal.

The $3.25 million project included a re-painted façade, a new steel and glass canopy at the entrance and improvements to the interior of the building.

Fremantle Mayor Brad Pettitt said the refurbishment of the heritage-listed passenger terminal was a welcome first step in the redevelopment of Victoria Quay.

“The cruise ship industry is booming so the passenger terminal is an increasingly important gateway for visitors to Fremantle and the state,” Mayor Pettitt said.

“I’m particularly heartened by the comments from the new Minister for Ports, Alannah MacTiernan about achieving better links between the passenger terminal, Fremantle train station and central Freo.

“This is something the City has been calling for for some time, so I look forward to working with the state government to advance this important development.”

An independent report commissioned by the City of Fremantle in 2016 identified the development of the South Quay precinct would generate 3700 new jobs, attract private investment of $3.5 billion and return almost $1 billion to the state over 20 years.

The transformation of South Quay and Fremantle Oval precincts were identified as priority projects in the City’s Freo 2029 Transformational Moves strategy to unlock Fremantle’s potential as a vibrant and sustainable urban centre.

The strategy calls for the relocation of car imports and other low-value land uses at South Quay to be relocated and the area redeveloped as a high quality commercial and tourism precinct.

For more information visit the Port City Priorities - oval to ocean page on the City of Fremantle website.