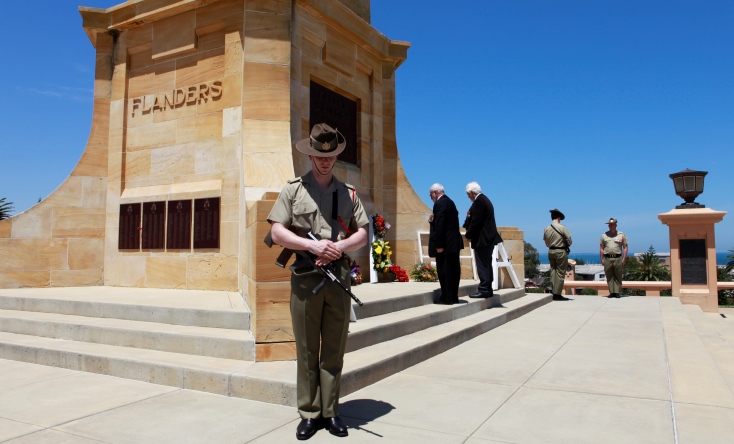 6 months ago in Media release , Festivals and events

At 11am on 11 November 1918 the guns on the Western Front fell silent and the most destructive war the modern world had seen finally came to an end.

Fremantle Mayor Brad Pettitt said the 11th hour, of the 11th day, of the 11th month had received a special significance in the post-war years.

“I encourage everyone to pause for a minute’s silence at 11am this Monday and remember those who have served and continue to serve our country,” Mayor Pettitt said.

“Fremantle is a significant place to honour Remembrance Day as it played a vital role in both World Wars, and was the last Australian experience many service people had before departing our shores to join the war efforts overseas.”

The Remembrance Day Memorial Service will be held Monday 11 November at the Fremantle War Memorial on Monument Hill, with assembly at 10.30am for a 10.45am start.

Street parking is available along Knutsford Street but is expected to fill quickly. Additional City of Fremantle carpark locations are available on the City’s website.

For more information about accessibility arrangements, media opportunities and wreath laying at the service, contact the City’s Events Management team.