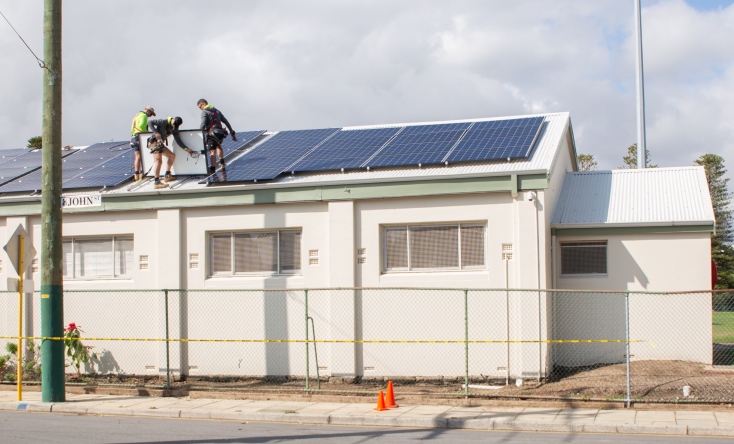 Solar panels being installed at sporting facilities around Fremantle are set to save local sporting clubs thousands of dollars on their power bills.

The panels are being installed at Gilbert Fraser Reserve in North Fremantle, Ken Allen Field in Beaconsfield and Stevens Reserve and Frank Gibson Reserve in Fremantle.

The project is being funded through a $20,500 federal government grant from Sport Australia and $12,000 from the City of Fremantle.

The clubs based at Gilbert Fraser Reserve also contributed $5000 to increase the size of their system.

“Based on our existing overall power consumption, the projected savings mean that we will recoup our initial investment within the first 12 months,” Mr De Abreu said.

“This will take a great deal of financial pressure off the clubs, as well as reducing our carbon footprint.

“The savings we make on power will be channelled into ongoing facility improvements and other ways of further reducing our carbon footprint, including the possibility of future battery storage.

“Our thanks must go the City of Fremantle and their sustainability officers for their assistance in putting this together.”

The clubhouse at Gilbert Fraser Reserve, which is home to the North Fremantle Amateur Football Club, Fremantle Mosman Park Cricket Club and Fremantle Masters Football Club, has had a 20 kilowatt solar system installed which will provide annual savings of almost $6000.

Ken Allen Field, home to the Fremantle City Football Club and Fremantle Roosters Rugby League Club, will get a 13 kilowatt system with annual savings of $4500.