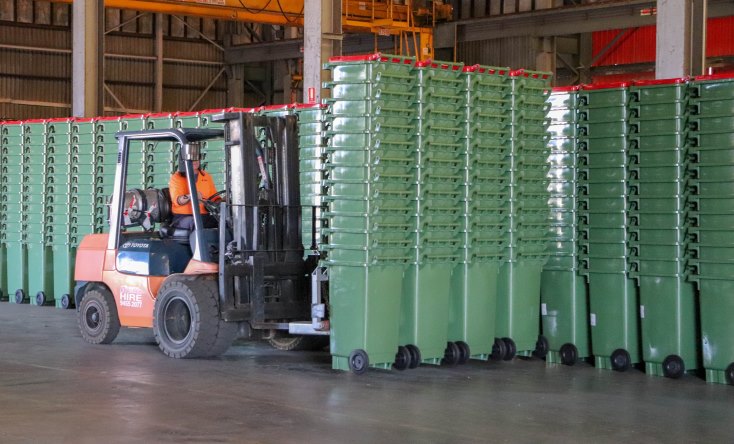 8 months ago in Media release , Sustainability

The City of Fremantle’s roll out of the new three-bin Food Organic Garden Organic (FOGO) waste management system will start next week.

Residents in the neighbourhood surrounding Frank Gibson Park will begin receiving their new FOGO bins from Monday 16 September, with the entire roll out to more than 11,000 households across Fremantle expected to take about five weeks.

City of Fremantle Director of Infrastructure and Project Delivery Graham Tattersall said it should be a smooth transition from the old bins to the new bins.

“All people need to do is put out their dark green general waste bin and yellow-lidded recycling bin as normal,” Mr Tattersall said.

“On the day that their bins are emptied, a delivery truck will come by and drop off the new FOGO and general waste bins, and also a small kitchen caddy with a year’s supply of compostable liners.

“The bin delivery vehicles will be operating independently of the rubbish trucks, so some people might get their new bins before the old ones are emptied and others afterwards.

“Once the bins have been emptied people can take in their yellow recycling bin and the new lime green FOGO bin and red general waste bin and start using them straight away, but they need to leave the old dark green bin on the verge for collection later that day or the next day.

“The delivery of the new bins will start from 6am, and there may be a bit of noise as the wheels and lids will be attached at the point of delivery.

“There may also be some extra noise when the old bins are removed the next day, as they need to have the wheels and lids removed so they can be stacked and taken away.

“If for some reason your old green bin isn’t taken away there will be a second run to pick up all the leftovers the following week.

For more information about FOGO, watch this video.