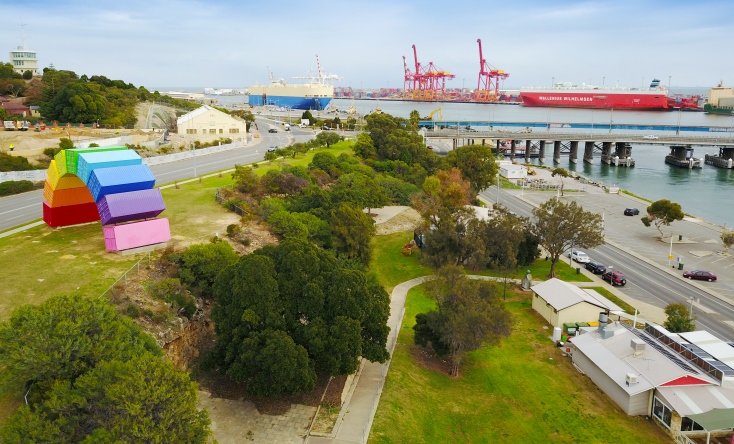 3 months ago in Business & development

The City of Fremantle is providing a free shuttle service to ferry people from the Containbow into central Fremantle after the Perth Festival’s Highway to Hell event on Sunday.

The City will have two shuttle buses running on a circuit between Fremantle Station, the East Street Jetty car park near the Rainbow Zone and the Esplanade Reserve between 3.30-9.30pm.

The Fremantle Station and East Street Jetty stops will be manned drop off and pick up points, while the Esplanade Reserve stop will be an un-manned drop off point only.

Fremantle Mayor Brad Pettitt said the free shuttle service would make it easier for people to get into Freo after enjoying Highway to Hell.

“There a lots of Fremantle venues that have really embraced Highway to Hell by putting on special AC/DC themed after parties,” Mayor Pettitt said.

“We thought it was important to support those businesses by providing a way for people to easily get from the Containbow into town.

“Now people who have sore feet from treading the Highway to Hell will be able to pass beyond the Rainbow and easily enter the paradise that is Fremantle.”

The climax of the 2020 Perth Festival will be celebration of the life and music of a Fremantle rock ‘n’ roll icon – the late, great AC/DC front man Bon Scott.

Taking inspiration from the classic AC/DC song ‘Highway to Hell’ – Canning Highway will be transformed into the world’s longest stage, with a host of local and international artists performing AC/DC songs from stages on the back of semi-trailers in a slow ‘hit parade’ from Applecross to Fremantle.

The show will start at 5pm on Sunday at Canning Bridge and roll through special activity zones at Tompkins Park and The Leopold Hotel before arriving at the Container Rainbow in Fremantle from 7.25pm.

Transperth is also operating a free shuttle bus between Fremantle Station and The Leopold Hotel in the Valley Zone.

No services will operate between 5.45-8pm as Canning Highway is closed. For details visit the Transperth website.