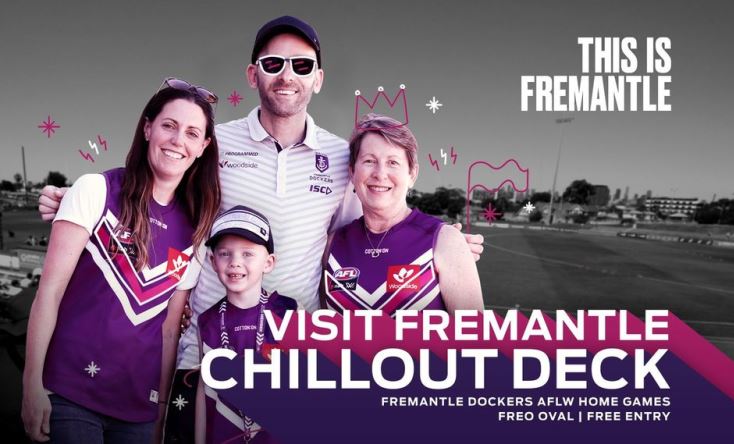 6 months ago in Media release , Festivals and events

Chill out with the Dockers at Fremantle Oval this weekend

The City of Fremantle has partnered with the Fremantle Dockers to create a sensational new fan experience at AFLW games at Fremantle Oval this season.

The Visit Fremantle Chillout Deck will give Freo supporters the chance to lay back on artificial lawn and lounge furniture while enjoying the best seat in the house on the raised and shaded deck at the southern end of the oval.

Food and beverages will be available for purchase on the deck, with exclusive giveaways on offer for some lucky Freo fans.

There will also be free icy poles for the kids, face painting, giant Jenga and other lawn games on offer.

Entry to all AFLW games at Fremantle Oval this season is free, but access to the deck is first-come first-in and capacity is limited, so fans are advised to arrive early to secure their spot.

Fremantle Mayor Brad Pettitt said the Chillout Deck would be a terrific addition to AFLW games this season.

“I’m really pleased that we’ve been able to partner with the Fremantle Dockers to create a fantastic new space with plenty of shade where families will be able to cheer on the girls this season,” Mayor Pettitt said.

“It’s also a great opportunity to promote Fremantle by having that massive Visit Fremantle banner behind the goals, which will be seen on TVs all across the country.

“The Dockers had a great season last year, with six wins from seven games, and I’m sure they’ll go even better this year.

“I’d encourage all footy fans to get down to Fremantle Oval to support their team and also make the most of all the great things there are to see and do in Freo.”

The Visit Fremantle Chillout Deck kicks off this Sunday, when Fremantle take on Geelong in their first game of the 2020 NAB AFL Women's competition. Gates open at 1.10pm.

The Fremantle Library will be open as usual from 11am-3pm.

The car park inside Fremantle Oval, car park 16 on Parry Street and the Cappuccino Strip car park on South Terrace will be closed to the general public.

Fremantle’s other AFLW matches at Fremantle Oval this season are against Collingwood on 22 February, Brisbane on 8 March and Melbourne on 22 March. 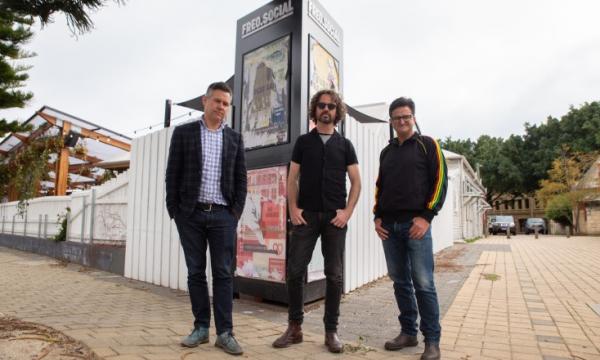 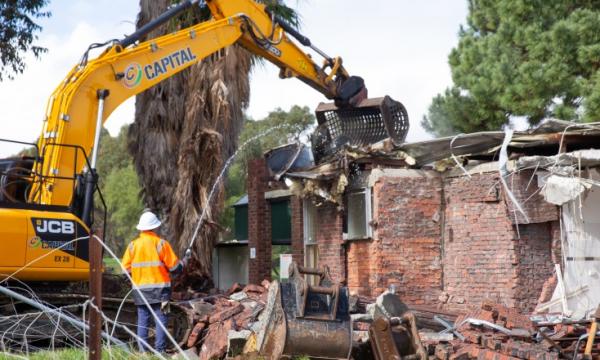 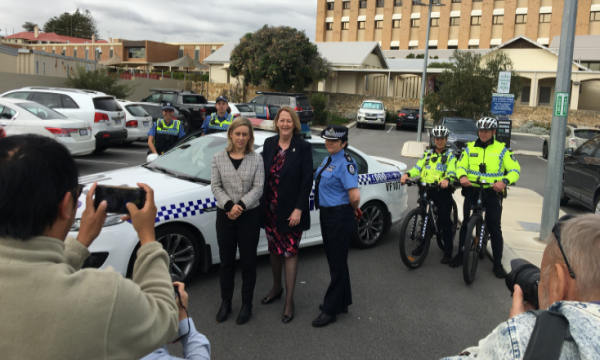