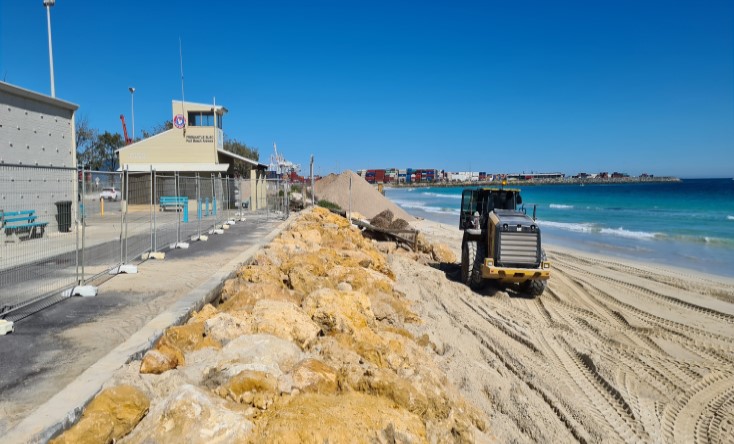 2 weeks ago in Major projects

A project that would deposit more than 150,000 cubic metres of sand on Fremantle’s Port Beach as part of efforts to tackle coastal erosion has been supported by Fremantle Council.

Port Beach has been subject to a number of severe erosion events in recent years, and last year a state government report put the beach at the top the list of WA’s coastal erosion hotspots.

In August Transport and Planning Minister Rita Saffioti announced $3.25 million would be allocated to the City of Fremantle for a large-scale sand nourishment project at Port Beach.

The project would involve taking approximately 151,000 cubic metres of sand from dredging offshore sources including Fremantle Ports Deepwater Channel and depositing it on the beach.

Last night Fremantle Council’s Finance, Policy, Operations and Legislation Committee received a draft report on the detailed investigations into the sand nourishment project and agreed that sand nourishment is the preferred short-term coastal adaptation response for the current extreme risk of coastal erosion at the beach.

Fremantle Mayor Brad Pettitt said the council supported the sand nourishment project provided it was recognised the ongoing management of erosion at Port Beach was a shared responsibility between the state government and the City.

“We are very appreciative of the support we’ve received from the government and its various agencies to date in dealing with erosion at Port Beach, and we certainly welcome the funding to deliver this sand nourishment project,” Mayor Pettitt said.

“However it must be recognised that it’s not just City of Fremantle assets that are at risk from coastal erosion.  State government agencies like Fremantle Ports and Main Roads also have substantial assets adjacent to Port Beach that are at risk, so protecting those assets is a collective responsibility.

“While the City is prepared to take on a role in implementing the sand nourishment project, we will only do so on the basis that the state government and its agencies accept shared responsibility for funding the ongoing monitoring and maintenance required to protect coastal assets.

“It also remains the case that managed retreat is the council’s adopted long-term strategy for dealing with coastal erosion, with the ultimate aim of removing coastal assets from the erosion risk zone.

“The sand nourishment adaptation option will address the current extreme erosion risk level while allowing time for a longer-term planning process to enable the implementation of a managed retreat strategy that includes the establishment of a broader foreshore reserve to retain a beach and amenities for the community.

“This will require a firm commitment from the WA Planning Commission and other state government agencies to start work as soon as possible on the planning changes required to establish the necessary coastal reserves.

“The aim should be to secure the reservation of an expanded foreshore reserve to accommodate managed retreat requirements and allow us to transition out of the sand nourishment regime by 2030 at the latest.”

The sand nourishment process would involve taking sand from offshore sources including Fremantle Port’s dredging of the deep water shipping channel and depositing it on Port Beach.

The detailed investigations into the project revealed the sand in offshore sources is a close match to the size and colour of the sand on Port Beach, and that dredging from the channel isn’t expected to impact on the local wave climate or on the sediment dynamics of surrounding beaches.

The project is still subject to environmental approvals and the method for depositing the sand is currently under detailed investigation. Options include dumping the sand a short distance offshore and letting it wash up onto the beach, pumping it through pipes onto the beach, or "rainbowing" it onto the beach.

After the initial placement of sand, it is estimated that up to 11,000 cubic metres of sand may need to be "backpassed" annually.  The backpassing will likely involve relocation of accreted sand at North Leighton and returning it to Port Beach.

The beach will also be monitored and the project adjusted as required. 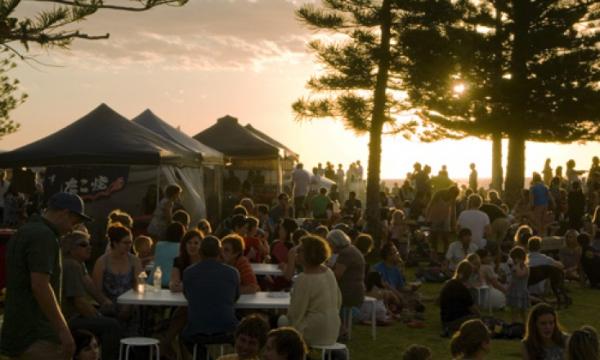 Hilton has the power 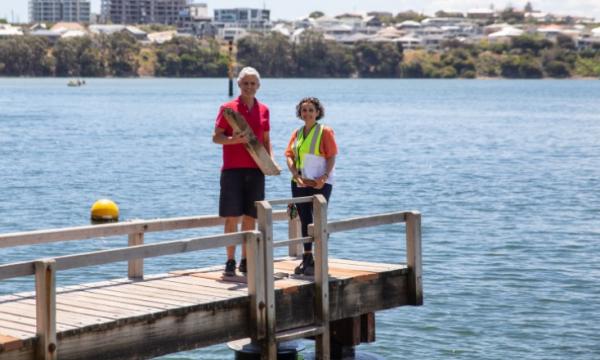