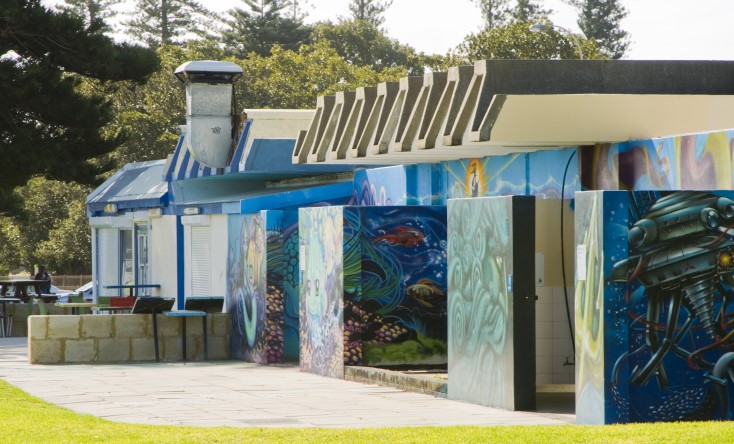 Freo beaches to benefit from budget

An allocation of funds towards new changerooms and toilets at South Beach is just one of the projects to improve facilities at Fremantle beaches included in the City of Fremantle’s 2021-22 annual budget.

The budget, adopted by Fremantle Council last month, included an allocation of $150,000 to initiate the design of the new changerooms, while a further $120,000 has been set aside to provide temporary toilets while the new facilities are under construction.

Fremantle Deputy Mayor Andrew Sullivan said the improvements to facilities at Fremantle’s beaches were an investment in some of the City’s most important assets.

“This year’s budget has a focus on investing in upgrading and maintaining the community facilities that our residents and ratepayers use every day,” Cr Sullivan said.

“Fremantle is blessed to have some of the state’s best beaches right on our doorstep. Where else in the world could you be exploring a vibrant and historic inner city one minute and then watching the sunset at a beautiful beach the next?

“Over the years we’ve seen some fantastic upgrades at Leighton and Bathers Beach, but some of the facilities at our other beaches are looking a little tired.

“The sports court at South Beach has been a great addition which has only increased the popularity of the beach among people of all ages, so now is the right time to go ahead with replacing the old toilets and changerooms.

“It’s something the local community has been seeking for a while, and I’m sure the new facilities will be welcomed by everyone who loves South Beach.”

Other budget allocations for improvements at South Beach include $25,000 to install new solar lighting in the car park.

A further $10,000 has been allocated to works to slow traffic and improve road safety at Leighton Beach, while $100,000 will go towards refurbishing the public toilets and expanding parking at Port Beach.

The City is also working with Fremantle Ports and the Department of Transport to progress the Port Beach sand nourishment project using $3.25 million in state government funding.