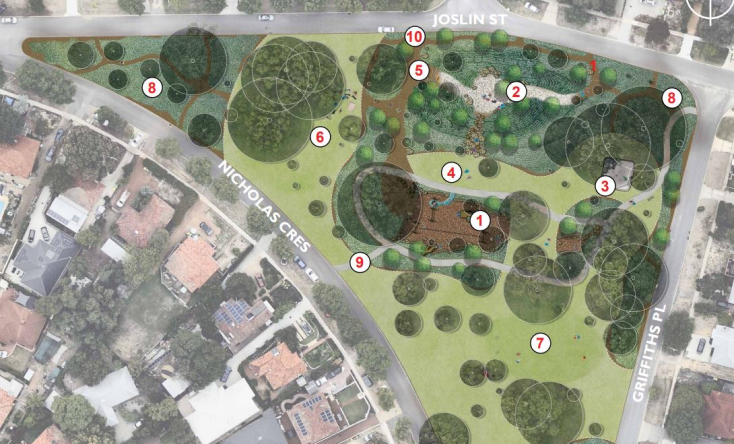 Hilton residents have until the end of the week to have their say on the City of Fremantle’s proposed upgrades to Griffiths Park.

Plans for the park include new play equipment, irrigation upgrades, replacing some of the turfed areas with waterwise native garden beds and converting the unsightly drainage sump into an open bioswale.

After an initial round of community engagement earlier this year the City of Fremantle has released a concept design for further feedback.

City of Fremantle Parks and Landscape Manager Ryan Abbott said the concept design reflected what the community saw as the key values of the park.

“The feedback from the initial round of consultation showed what the local residents most valued about the park was the trees, open space, play equipment and space to exercise their dogs,” Mr Abbott said.

“The play equipment is about 20 years old, so were looking to replace it with more nature play elements including swings, a climbing fort with slide and a flying fox.

“The concept design also replaces some of the turf with native garden beds using a concept known as hydrozoning, where we group plants with similar needs together in order to save water.

“But the biggest change will be converting the drainage sump into an open swale, which will turn it from an ugly hole surrounded by a barbed-wire fence into a beautiful landscaped space with local plant species, informal seating and walking paths for people to enjoy, as well as creating a habitat for local wildlife.”

The City of Fremantle has allocated $347,000 for the Griffiths Park project, which is just one of the park upgrades allocated funding in the City’s 2021-22 annual budget.

Other projects include upgraded irrigation at Alfred Park in North Fremantle and Coral Park in South Fremantle, new park benches at picnic tables at Sir Frederick Samson Park in Samson and Dick Lawrence Oval in Beaconsfield, and new signage, fencing and limestone tracks in Booyeembara Park.

The Griffiths Park concept design is open for public comment until Sunday 19 September.

There will be a presentation on the plan at the Hilton Precinct Meeting at 7pm tonight at the Fremantle PCYC on Paget Street.

For more information and to have your say visit the Griffiths Park Upgrade page on the My Say Fremantle website. 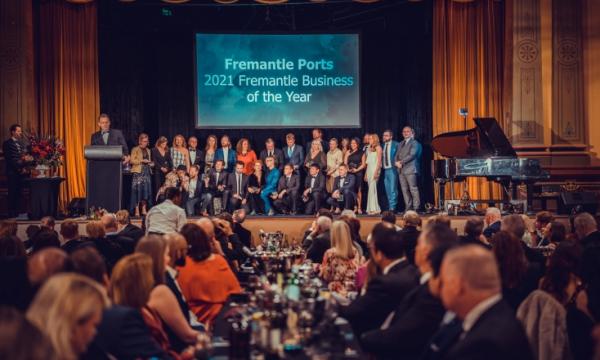 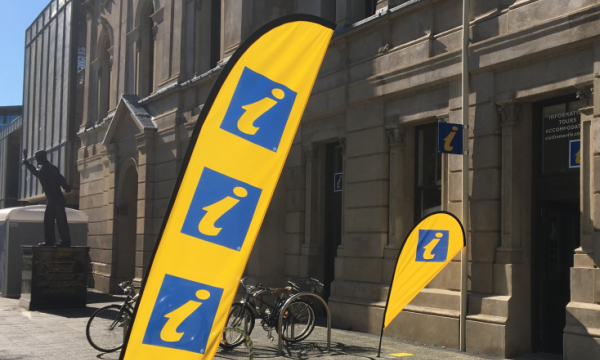 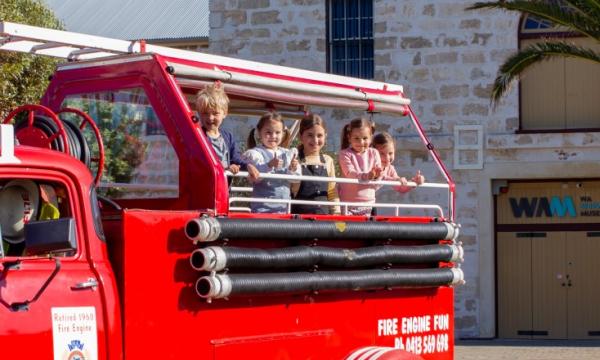