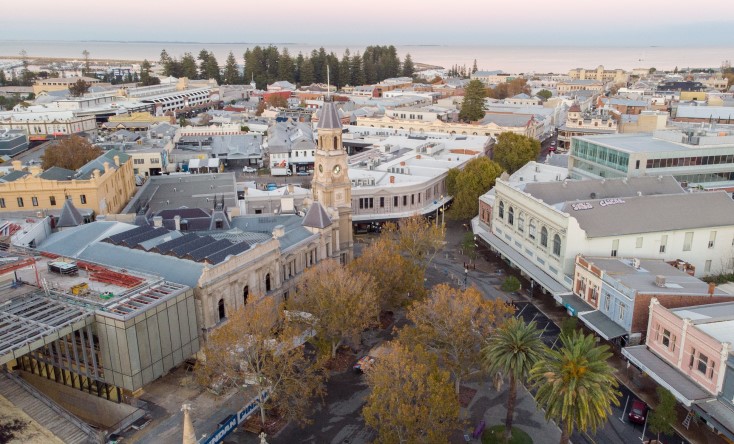 Heart of Fremantle to be renamed Walyalup Koort

Fremantle Council has voted to change the name of Kings Square to Walyalup Koort – a Whadjuk Nyoongar name meaning ‘Heart of Fremantle’.

The council made the decision at a meeting last night following an extensive community engagement process. The name will now be referred to Landgate for formal approval.

“The time is right to reinvigorate the heart of Fremantle and we want everyone to feel welcome here,” Cr Sullivan said.

“Our town centre is undergoing the biggest building renewal since the old Town Hall was first built in 1887.

“The new name Walyalup Koort, meaning the 'Heart of Fremantle', is relevant to our future and there has been overwhelming support for it.

“The City's colonial roots can be seen everywhere, and the former names - Kings Square and St John's Square - will be commemorated.

“The past is important and a lot more truth telling is required.  The new name is focused on how we've evolved as a community in Fremantle and what we want to achieve moving forward.”

The City of Fremantle’s Walyalup Reconciliation Action Plan, which was adopted in July 2019, includes a commitment to identify opportunities for the naming or co-naming of locations, streets and parks around Fremantle.

In February last year the council voted to initiate a community engagement process to explore the possibility of adopting a new name for Kings Square, on the basis that the new name would generate a sense of civic pride, was directly relevant to Fremantle and would withstand the test of time.

An invitation to the public to put forward their thoughts attracted 128 suggestions for a new name, which was narrowed down to a shortlist of five options by the Kings Square Stakeholder Group.

The City of Fremantle is undertaking the $270 million Kings Square Renewal Project in partnership with Sirona Capital.

It includes the redevelopment of the old Myer and Queensgate sites to create offices for state government departments and the revolutionary FOMO food, art and retail concept, the construction of the City of Fremantle’s new administration centre and library and the rejuvenation of the public spaces around the square.