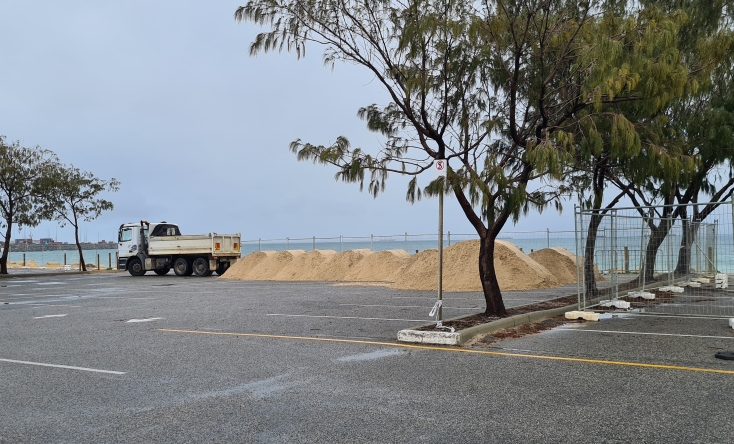 Around 3000 cubic metres of sand will be placed on Fremantle’s Port Beach over the next few weeks as part of efforts to restore the beach and open access paths in preparation for summer.

Starting today sand donated from a nearby building site at Leighton will be delivered to the southern car park at Port Beach and screened for small rocks before being distributed at vulnerable locations severely impacted by winter storms.

The works will involve reinstating two beach access paths that were washed out in the storms earlier this year and will help to protect the surf club annex and change rooms.

Sections of the southern car park at Port Beach will be closed during the works, along with some intermittent closures of pedestrian paths.

Port Beach has been subjected to a number of erosion events in the past few years.

The temporary rock wall, jointly funded by the City of Fremantle and the state government, was completed in April and was successful in protecting those assets during the storms in May this year.

A report by coastal engineering experts received by Fremantle Council last year provided a number of potential management options which are now being reviewed.

Fremantle Council has adopted managed retreat as its preferred long-term strategy, in which all City assets such as the car parks and change rooms will eventually be removed from the erosion risk zone and set further back.