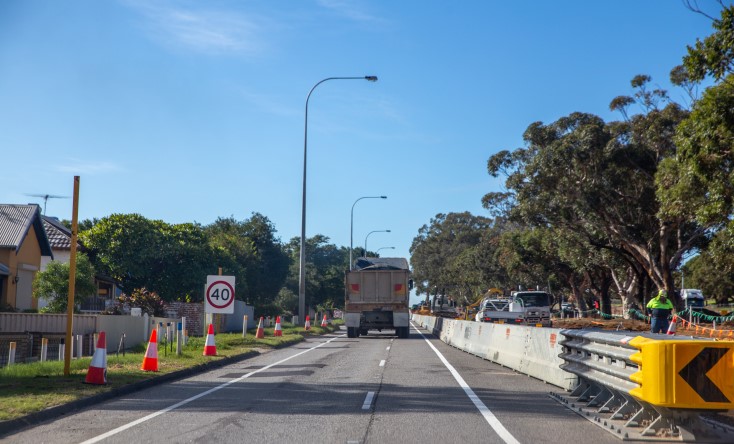 Two new local roads in Fremantle being created as part of the High Street upgrade and partial realignment are set to be named in honour of a pioneering schoolteacher and a post-war migrant family.

The two new roads will be located from Montreal Street to Wilkinson Street and from Coode Street to Robinson Street on the northern side of the noise walls which will separate residents from the main upgraded portion of High Street.

The new names are required to make it easier to identify street addresses for mail deliveries or in the event of an emergency.

Following a survey of local residents, Fremantle Council’s Finance, Policy, Operations and Legislation committee last night voted to name one of the new roads Terrazzo Close and the other Pulford Lane, with the name Scolaro Lane recommended as a back-up option.

“Italian immigrants Giuseppe and Anna Scolaro, from our Sister City Capo d’Orlando, founded the Universal Tile Factory in nearby Blinco Street soon after they arrived in Fremantle in 1949,” Cr Sullivan said.

“Giuseppe was a skilful and talented artisan who produced a range of decorative terrazzo floor tiles that combined vibrant mixes of pigment and Italian marble, with complex patterns and patinas that become more lustrous with age.

“Those terrazzo tiles became cherished features of many homes around Fremantle, and they’re now being reinterpreted by local artist Penny Bovell in the design of the artworks that will feature on the noise walls along High Street.

“Fanny Pulford was the assistant teacher at Perth Girls School in 1861 before she moved to Fremantle and set up a school for girls in the former Rose and Crown Hotel on the corner of High and Queen Streets in 1867.

“She later became the headmistress of the Fremantle Girls School, which was the first government school in Fremantle.

“I’m delighted that in naming these two new roads we’ll be honouring a prominent woman in Fremantle’s early colonial history and also a post-war migrant family that made a significant contribution to Fremantle’s cultural identity.”

The Scolaro’s terrazzo tiles are also the subject of an art installation and community exhibition during this year’s Fremantle Festival: 10 Nights in Port.

As part of their research for the project artist Penny Bovell and project manager Gabrielle Howlett made a community call-out to find houses with the original Universal Tile Factory tiling. More than 50 Fremantle property owners have offered their floor tile designs to be included in the exhibition.

The selected road names will now be referred to Landgate’s Geographic Names Committee for formal approval and adoption.