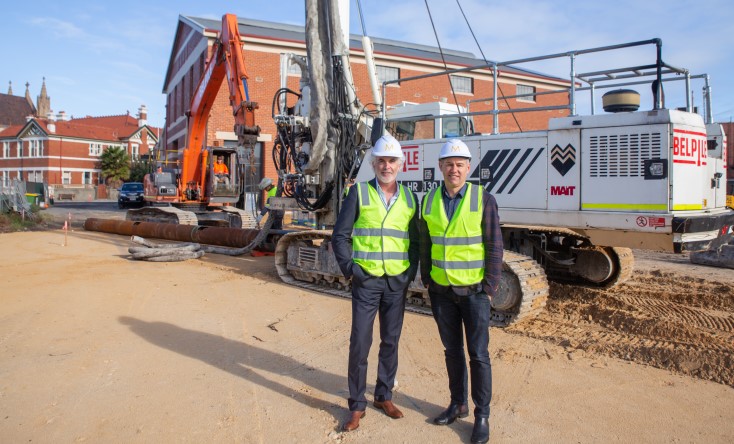 The City of Fremantle’s plan to boost the number of people living and working in the city centre has reached another important milestone, with construction starting on the M/27 by Match apartment development on Parry Street.

The development, to be undertaken by M/Group’s building division M/Construction, will include 40 apartments adjacent to the heritage-listed former S.E.C. substation.

The S.E.C. building was restored by M/Construction in 2018 to accommodate a food and beverage venue or be used as boutique office space.

M/Group was previously involved in the award-winning heritage conversion of Fremantle’s historic Dalgety Woolstores into the Heirloom apartments, as well as numerous other projects in the Fremantle area.

“We’re very excited to have construction commencing on our latest project in Fremantle,” Mr Clark said.

“After the great success of the Heirloom project, which really ignited the apartment boom in Fremantle’s East End, we’re delighted to be involved in bringing life back to another of Fremantle’s heritage treasures.

“Match has had significant involvement in Fremantle and its stretch of coastline for almost a decade with many varying projects catering to people from all walks of life.

“There really is no other place in the world like Fremantle, and with the revitalisation that is currently underway we’re very confident it has a bright future.”

Mayor Brad Pettitt said it was great to see another major development getting underway in Fremantle.

“Many years ago the council recognised that Fremantle’s economy had stagnated and we needed to get more people living and working in the city centre,” Mayor Pettitt said.

“In response we put in action a long-term plan to make Fremantle a more attractive place to invest and restore our seven-day-a-week economy.

“Changes to planning regulations to allow greater building height and density in return for improved design and sustainability measures, a common sense approach to the adaptive re-use of heritage buildings and investments in major transformational projects like the Kings Square Renewal project were all central to that plan.

“It’s taken a while, but it’s really exciting to now see that work paying off with construction starting on the M/27 apartments and all of the other new developments that are happening in Freo.”

The S.E.C. building was originally constructed in 1933 for the Fremantle Municipal Tramways and Electric Lighting Board before being taken over as a substation by the State Energy Commission in 1952.

The substation ceased operation in 1980 and was converted into the Western Power Energy Museum, which operated until 2010.