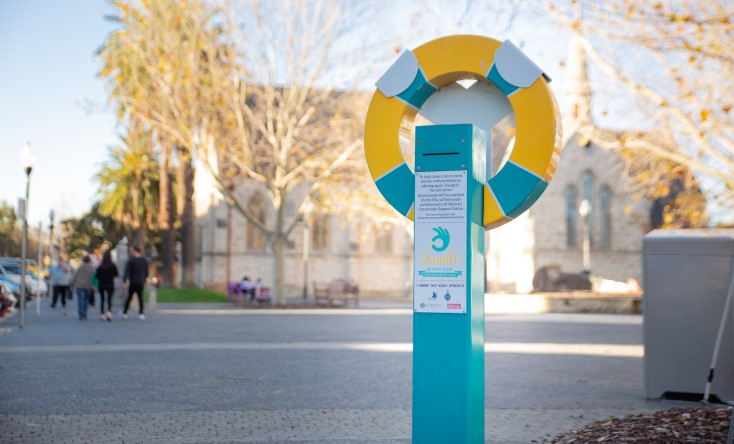 Begging is harmless. Why can’t the City leave beggars alone?

Most people give because they believe beggars are homeless. Police intelligence from Fremantle and greater Perth shows that those that beg are not always homeless and falsely claim they are to receive money for other uses.

These people are known as opportunistic beggars and often operate as part of a larger group that also detract donations from genuine beggars.

The City wants to help those in need to get off the streets and take the steps to create a better life in the long term.

Day-to-day donations only provide a short-term solution and most beggars do not have the ability to save their money in a safe place so must spend what they receive. Giving money to collection boxes that gives to a service helps the support centre to provide more ongoing assistance to more people in need.

Why is the City implying that all beggars are drug users and alcoholics?

We are hopeful that by diverting funds away from begging – both opportunistic and from genuine beggars – that they will be more likely and willing to access the support that they need in the long term.

I don’t like to give money. Surely donating food to beggars is ok?

Giving food is a short-term solution. To help people get off the streets, we need to address the dependency of beggars on handouts of any kind including food. Free meals are available every day in Fremantle to people who are begging for food, so there is no need to beg for it.

Isn’t the City just wasting money on collection boxes and a campaign that could have been given directly to service providers?

Until the incentive to beg is removed, no amount of money the City gives to service providers will make a difference to the number of beggars on our streets. The collection boxes are in known begging hotspots and will allow visitors who see a beggar and want to help, to act immediately and donate their money without doubt to the collection box.

We all want to see money going to the people who really need it – especially those who beg because they are genuinely homeless, so by reducing the income beggars receive, they will be more inclined to seek help from services and break the cycle.

What is the City contributing?

The City is matching all public donations dollar-for-dollar.

Why hasn’t the City done something about this earlier?

This is a very difficult and complex issue. It's something that most cities around the world experience and all have difficulty in knowing what to do and how to do it.

Additionally, just because a program is successful in one city does not guarantee success in another, so the City of Fremantle has developed this initiative to suit the needs of Fremantle and its community. Fremantle Council sees it as an important issue and is brave enough to try to tackle it in a sustainable way that is sensitive to the issue.