About Fremantle | City of Fremantle
Skip to main content 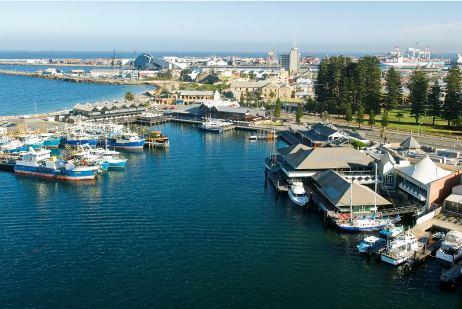 The port city of Fremantle lies on a series of limestone hills at the mouth of the Swan River, approximately 25 minutes from Perth, the capital of Western Australia. Many of the city’s most impressive heritage buildings are built from the pale-coloured local limestone.

Central Fremantle is bounded to the north and east by the lower reaches of the Swan River and to the west by the Indian Ocean with stunning stretches of beach to the north of the city and to the south.

Fremantle is a major port for Western Australia and Fremantle Harbour is the entrance point for the many container ships, cruise ships, ferries and leisure craft that berth at the port in the Inner Harbour. Smaller leisure craft and ferries travel the 20 km’s up the Swan River to Perth.

Cycle paths along the southern side of the Swan River extend to Perth city and visitors can easily see rocky limestone formations along the route.

A series of islands lie off the coast of Fremantle including the famous holiday island of Rottnest, Garden Island and Carnac Island. Rottnest Island is the only island that has a regular ferry service transporting visitors to and from Fremantle.