Our opening hours are from Thursday–Friday 10am–3pm.

Our programs coincide with the six Nyoongar seasons: 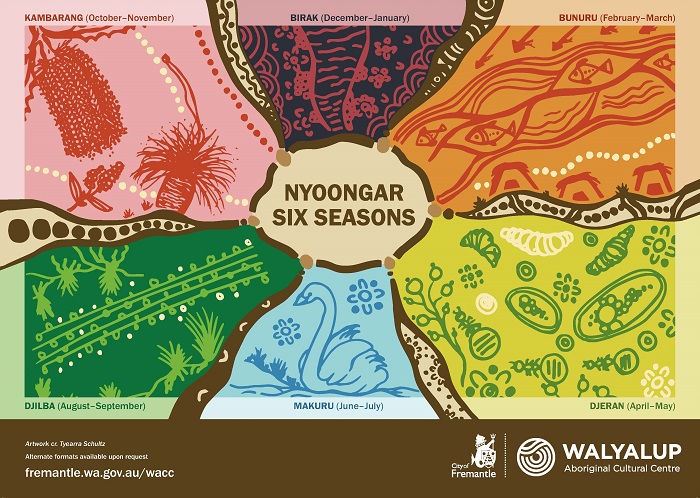