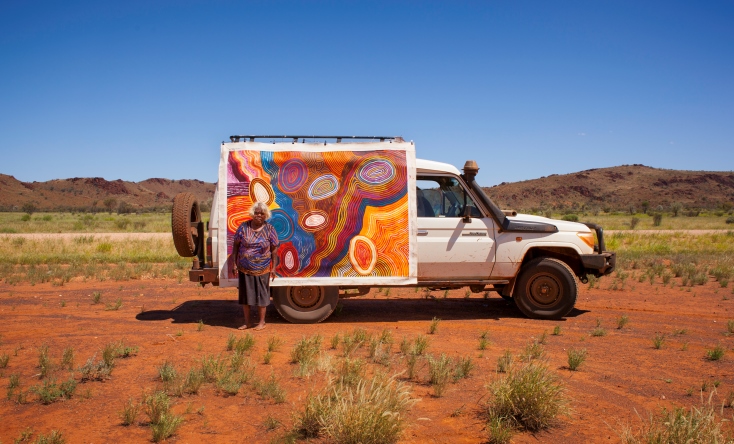 1 year ago in Media release , Festivals and events , Arts & culture

Identified as the biggest annual event on the state’s calendar for sharing and supporting emerging Aboriginal artists, Revealed showcases the diverse and vibrant state of contemporary Aboriginal art through a program of public talks, a seven-week long exhibition and the hugely popular art market.

“The exhibition runs from 13 April to 1 June, and all of Fremantle Arts Centre’s galleries will come alive with paintings, prints, carvings, photography, textiles, video, weaving and more,” Mr Cathcart said.

“Plus, all works in the exhibition are for sale, which is a fantastic way to celebrate and support our next generation of Aboriginal artists.”

The market attracts Aboriginal artists from all over the state, with many travelling vast distances to take part, and all profits from sales are returned to the artists and art centres.

“Last year’s Revealed market was attended by more than 3000 people and generated over $420,000 for the art centres and artists who took part,” Mr Cathcart said.

“This is a really significant event for the WA arts and I hope people will continue to support the great work of these artists at this year’s market.”

Works start from as little as $50, and include paintings, textiles, woven items, artefacts, clothing, ceramics and jewellery.

For more information about the 2019 Revealed program, visit the Fremantle Arts Centre website.

Also on this weekend in Fremantle is Choralfest where some of the world’s finest choirs and choral specialists come together to perform in various locations around the city. The five-day festival (12-16 April) will see about 2500 singers from more than 40 choirs perform in over 10 venues, as well as free pop-up concerts and a procession.

The Fremantle International Street Arts Festival is also around the corner. Over four days, from Good Friday to Easter Monday, the best buskers from around the world will descend on the streets of Fremantle and perform over 100 shows.

For more information on events happening in April, visit the What’s On page on the City of Fremantle website.