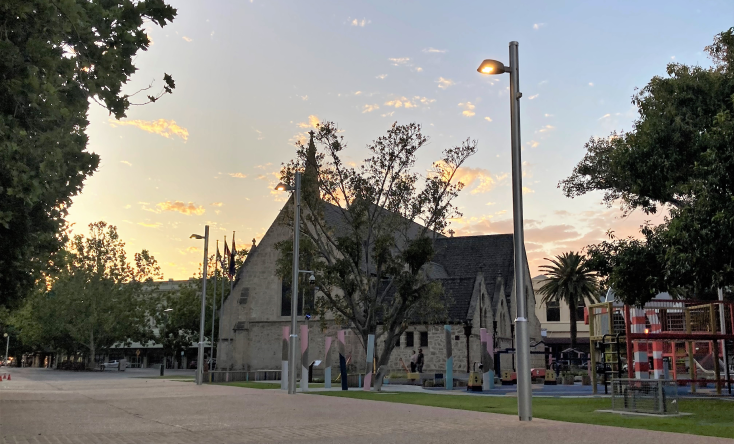 The new energy-efficient LED lights will be installed around the perimeter of Walyalup Koort on Queen Street, Adelaide Street and William Street.

Fremantle Mayor Hannah Fitzhardinge said the new lights would bring the City another step closer to fulfilling its ultimate vision for the heart of Fremantle.

“While the award-winning Walyalup Civic Centre and the FOMO precinct are now complete, there’s still more work to do to upgrade the public spaces in Walyalup Koort,” Mayor Fitzhardinge said.

“The existing streetlights around the square were purchased second-hand from the City of Perth many decades ago and are now so old it’s no longer possible to get the parts to repair and maintain them.

“The budget amendment approved by the council will fund the installation of 16 new light poles on the streets around Walyalup Koort.

“The new lights will help to make Walyalup Koort a brighter, safer and more inviting space at all hours of the day and night.”

The new Walyalup Koort streetlights are expected to be installed during the first half of 2023.

Improvements to the public spaces around Walyalup Koort in recent years have included new paving, lighting and street furniture in Newman Court; the relocation and replanting of several mature trees, including a giant Moreton Bay fig tree; the reconfiguration of parking on Queen Street and Adelaide Street to allow for the planting colourful Jacaranda trees; and the construction of the Walyalup Koort playground.

The council has also approved additional funding for the installation of shade sails at the Walyalup Koort playground.

The sails will provide shade over key sections of the playground, including the slide, and will be installed early next year. 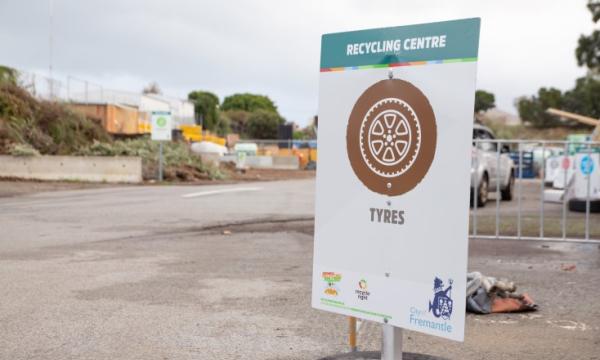 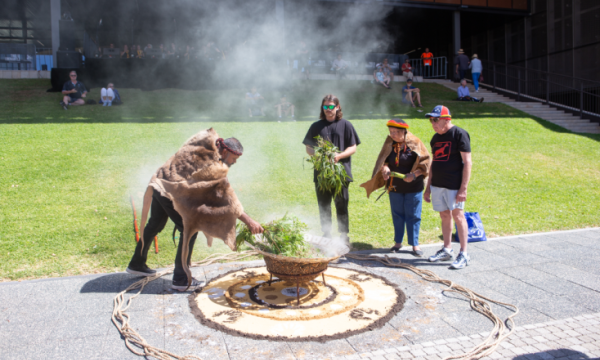